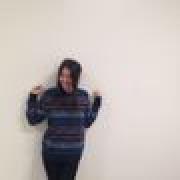 Move over Dwayne Johnson – there's a new action star on the rise. His name is Dougie and he is a very good boy.

WTF is this bizarre fake movie trailer Trump made for Kim Jong Un?

Nothing should surprise us anymore in the era of Donald Trump, but consider our minds blown by the above video, which was shown ahead of Trump's press conference in Singapore on Tuesday following his historic summit with North Korean dictator Kim Jong-un. It's essentially a fake movie trailer, complete with dramatic music and voiceover, and sweeping declarations like, "A story about a special moment in time when a man is presented with one chance that may never be repeated." There was also a Korean language version produced which you can watch from the official White House stream by clicking right here. What's more, Trump said during his press conference that he showed Kim this very video: I showed it to them today. I think he loved it.

This AI-Made Trailer For The Movie "Morgan" Is Intensely Creepy

Seeing as its capabilities have almost no bounds, it's only natural that one of the most complex and well-known AI's on the planet, IBM's Watson super-computer, would take a stab at something more advanced than your average prediction. IBM Watson scientists worked with the folks at 20th Century Fox to create the first "cognitive movie trailer" for the upcoming horror flick Morgan. IBM Watson analyzed more than 100 horror movies to learn what makes for a successful horror movie trailer. It analyzed each scene in those trailers, paying attention to the audio, visual, and overall composition trends that make something seem scary to us humans. The choice of using Morgan for this experiment is eerily perfect, too: The movie is about a humanoid robot that gets out of control and retaliates against its makers.

Fans of the '90s The Mummy might fondly remember the movie as profoundly awful, a waste of time and money and pretty boring. But Universal has brought the Mummy back because -- Universal -- and last week, an IMAX trailer was seemingly accidentally released that peaked our interest way more than a plain reboot. This mistaken trailer is missing all the sound sans the actor's voice tracks. Watch as planes explode and fire burns, to the tune of literally nothing. Is there anything better than a bad movie with even poorer sound editing?