Colbert has not been shy about his Catholic faith. During an address he made at the 2006 White House Correspondents Dinner, Colbert talked about his Christian faith in relation to other religions. "And though I am a committed Christian, I believe that everyone has the right to their own religion, be you Hindu, Jewish or Muslim," Colbert shared with the audience. "I believe there are infinite paths to accepting Jesus Christ as your personal savior." Colbert is an ordained minister with Universal Life Church Monastery. He is among a list of celebrities to receive online credentials with the Church, including Bryan Cranston and Sir Ian Mckellan. Stephen Colbert, pictured May 20, 2017 at the 2017 Vulture Festival in New York, the late-night host admitted that he is considering running for president in 2020.

Colbert winning thanks to Trum

Stephen Colbert's "Late Show" is now the number one late-night talk show on television -- beating out "The Tonight Show with Jimmy Fallon" for the last two weeks in a row. On Tuesday, the show saw it's highest local rating since local rating since Sept. 22, 2015. "Late Night" averaged a little more than 3 million viewers per night last week, only 134,000 greater than Fallon's average, but the largest margin of victory for Colbert since its premiere in Sept. 2015. Colbert had a lead of just 12,000 more viewers overall the week before. Mutiple reports attribute Colbert's recent attacks on President Trump with his ratings wins.

Stephen Colbert, Jimmy Fallon and Conan O'Brien got together for a sketch about Trump's review of them. One day after President Trump spoke about late-night TV hosts at a South Carolina rally, Stephen Colbert, Jimmy Fallon and Conan O'Brien teamed up to discuss Trump's comments. On Tuesday, "The Late Show with Stephen Colbert" Twitter account shared a video of Colbert's opening monologue, which featured all three hosts coming up with responses to Trump. It's surprising Trump is orange because if you ask me, he is bananas. Great monologue," Colbert, 54, says before getting a video call from Fallon.

The special edition of CBS' "The Late Show with Stephen Colbert" broadcast Tuesday night was about a rare TV reunion as host Stephen Colbert invited "The Daily Show" alums. Along with Jon Stewart, former host of "The Daily Show," Colbert welcomed Samantha Bee, John Oliver, Ed Helms and Rob Corddry. All the guests who were invited to Colbert's show Tuesday night were as popular as him and sharpened their satirical skills by being correspondents on "The Daily Show" before quitting it and starting something of their own. The Tuesday night special episode was timed to coincide with Colbert's 20th anniversary in late-night TV. He started hosting the "The Late Show with Stephen Colbert" since September 2015. 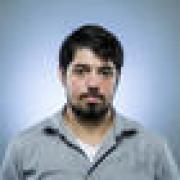 An Oklahoma man with a history of mental illness will be allowed to represent himself when he faces murder charges later this year in the killings of a Long Beach woman and her 4-year-old daughter, a judge ruled Thursday. Brandon Colbert, 23, was arrested last year and charged with using a shotgun to kill Carina Mancera, 26, and her daughter Jenabel Anaya, on Aug. 9, 2016. The Tulsa native had traveled to California for the first time just days before the shootings. Investigators have not revealed a motive in the slayings. Colbert's mental competence has been a central issue in court proceedings this year, with the defendant trafficking in bizarre conspiracy theories while representing himself during preliminary hearings.