Uber today announced that the company is teaming up with Microsoft to step up its security precautions for drivers. The company will now require its drivers to verify their identity before accepting rides. Uber is using a feature called Real-Time ID Check from Microsoft's Cognitive Services. Using this feature, drivers are able to verify themselves instantaneously -- however, when they have trouble verifying themselves, Uber will temporarily suspend the driver, and start investigating into the issue. It is worth noting that most drivers won't have any issues verifying themselves thanks to Microsoft's powerful Cognitive Services which is even able to detect drivers even after there's a major change in their face. 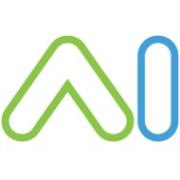 Microsoft's artificial intelligence simulator has been expanded to include autonomous car research.

Microsoft is worried biased AI will hurt its reputation

One day, we might have autonomous cars that drive us to work and robots that prepare our dinners. But what we have right now are autonomous cars that run red lights and robots that agree to "destroy humans." Clearly, we have a ways to go before we work out all the kinks in the extremely promising area of artificial intelligence -- and Microsoft wants to be sure its investors know the path to an AI-powered future could include a few more bumps. On Aug. 3, 2018, Microsoft filed its annual 10-K form with the U.S. Securities and Exchange Commission (SEC). This form serves as a company's opportunity to let the public know about any new business risks that might affect their decision to invest in the company.

Microsoft isn't revolutionizing anything with the Surface Pro 6 -- it has the same basic design as last year's Surface Pro, except there's a black case option. But the hardware upgrades make it even more compelling, especially for demanding users. Microsoft claims it's 67 percent faster than the previous model, mostly thanks to Intel's 8th generation Core CPUs. You can also stuff in up to 16GB of RAM and a 1 TB SSD -- not the sort of specs you'd expect to see in a tablet. While it would have been nice to see Microsoft slim down the Surface Pro 6's screen bezels a bit more, it's still a fetching device.

MUMBAI (Reuters) - Indian ride hailing service Ola has tied up with Microsoft Corp to build a new connected vehicle platform and will also use the U.S tech gaint's Azure cloud computing service to power its in-car entertainment offering, it said on Tuesday.