WealthTech Trends to Watch in 2018 - Xtiva 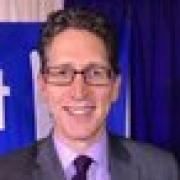 Much has changed in the wealth management industry since robo-advisors first made their appearance a decade ago. Talk of disrupting the advisor-client relationship has given way to a new generation of innovative technology solutions that enhance and augment the fundamental ways that investors invest and advisors advise. 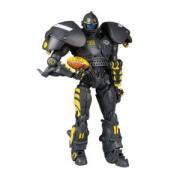 "I believe that by the end of the century, the use of words will have been altered so much that one will be able to speak of machines thinking without expecting to be contradicted." The foundation of AI started back in 1950 when scientist Alan Turing published a seminal paper containing a description of what is now referred to as the "Turing Test" which is designed to determine if a machine can think. A group of scientists got together at Dartmouth College a few years later and coined the term "artificial intelligence". Fast forward to this year and a panel discussion at the Invest 2017 Conference held in New York City on the ability of AI to revolutionize wealth management. Implementing AI technology is an offensive move all the way, Clinc's Mars stated.

Derek Bruton has held leadership roles across major custodial firms and independent broker-dealers, including Charles Schwab, TD Ameritrade and LPL Financial, but he didn't start out in wealth management. The Stanford graduate from the class of 1989 played professional basketball in Japan his first few years after school, after playing on his college basketball team for four years on an athletic scholarship. "I recall two things about my first game, in Hokkaido, which is the northern-most Japanese island" he said. "The gym was ice cold, and when I was warming up there was steam coming off of everyone's body." Bruton, who now serves as CEO of Kingswood US, a hybrid RIA and broker-dealer with over $2.1 billion in assets, sees parallels between his basketball stint in a foreign country learning the ropes in real time on how to best integrate with his teammates and the complexities of aligning the right wealthtech for financial advisors.

"Customer experience is chief among the areas where traditional financial institutions have fallen short. Not long ago, wealth management was considered a service almost exclusively confined to the affluent. With their millions at the ready, wealthy investors could use wealth managers to provide a range of tailored investment-related services, and those services would normally come at a high price. But these days, such a perception of wealth management is becoming old, or simply not accurate. Innovation broke down those barriers of exclusivity, enabling services that were previously only accessible to the privileged few to be in the hands of the masses of ordinary investors. Wealthtech falls under fintech as a segment which specifically focuses on technology that aims to transform wealth management and retail investment. It involves the application of digital solutions to wealth management, ultimately providing new channels to deliver more efficient, cost-effective and efficient ...

All Robo Advisors You Have To Know In Switzerland

Robo advisors, a class of financial advisor that provide financial advice or investment management online with moderate to minimal human intervention, are growing in popularity. These provide digital financial advice based on mathematical rules or algorithms to automatically allocate, manage and optimize clients' assets. This allows these companies to provide more affordable and accessible services. Unlike conventional asset management services which require large amounts of investment capital, digital asset management services can be obtained starting with much lower investment capital, sometimes only a few hundred bucks, other times, a few thousands. The robo advisor develops a personalized portfolio for clients and then monitors it 24 hours a day, 7 days a week.