Niceties aside, much to disagree on as Trump, Macron meet on D-Day commemoration 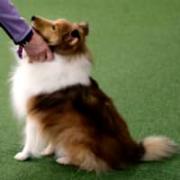 CAEN, FRANCE - The D-Day commemoration was an occasion for France to showcase its long friendship with the United States, but U.S. President Donald Trump and French President Emmanuel Macron nevertheless acknowledged their differences on key world issues when they met Thursday. The two leaders showed camaraderie as they marked D-Day at the Normandy American Cemetery near Omaha Beach, where the Americans landed on June 6, 1944, marking the beginning of the end of Europe's Nazi occupation. Trump praised Macron's poignant speech of gratitude -- and they even briefly hugged. They seemed more tense, however, as they started their one-on-one meeting later. "We're doing a lot together and the relationship between you and I and also the United States and France has been outstanding," Trump said ahead of the meeting in the city of Caen.

Iran and Qatar high on agenda when MBS arrives in France

When French President Emmanuel Macron flew into Riyadh for hastily arranged talks with Saudi Crown Prince Mohammed bin Salman in November it was all smiles in public, but in private, a tough dialogue over Iran signaled a change between the allies. Whether that was a momentary tiff or a longer-lasting complication may become clear when Mohammed bin Salman arrives in Paris on Sunday for a two-day visit that will focus on the crises in Yemen, Syria and Qatar and the Iran nuclear deal. After trips to Britain and the United States with major contracts envisaged, the prince, or MBS as he is also known, will attend cultural events, political meetings and an economic forum. While a tourism project between the two countries will be announced, MBS is not expected to clinch any mega-deals. French officials dismiss any notion that the absence of huge contracts reflects any weakening in the relationship, saying they seek a new "method" of working with the world's largest oil exporter that does not depend on eye-catching new business.

Trump Lets Loose on France in a Torrent of Hostile Tweets

In a string of Tuesday morning tweets, President Donald Trump tore into French President Emmanuel Macron, appeared to mock France for both its World War losses, and accused the French of both engaging in unfair trade practices and being "more Nationalist" than any other country in the world. The diatribe concluded with the president defending his internationally condemned decision to skip a ceremony honoring fallen American World War I soldiers as a part of the 100th anniversary of Armistice Day on Saturday. Trump appeared to lay the blame on Secret Service officials for the decision. Together, the tweets emerged as a presidential response to a speech by French President Emmanuel Macron on Sunday in which he denounced nationalism as a "betrayal of patriotism." The remarks were widely seen as a veiled rebuke of Trump's very public embrace of nationalism.

It was back in November, on Armistice Day in France, the day on which the end of World War I is celebrated, when Vésuve de Brekka trotted up the Champs-Élysées in a steady rain with French President Emmanuel Macron. Not quite two months later, he then accompanied Macron to Beijing, where the nine-year-old gelding ended up in a paddock in a Beijing suburb -- quarantined in conformance with the regulations.