The mayor of Monee, Ill. is accused of punching an umpire during a Saturday morning Little League baseball game, breaking his jaw. The Will County Sheriff's Office confirmed it was investigating the accusations and would determine whether to charge the mayor, Jay Farquhar, who coached one of the teams. He reportedly got upset after the ump let a seven-year-old girl try another swing after she'd struck out. Fox 32 Chicago tried unsuccessfully to contact the mayor at his home and office. His attorney said the mayor was "deeply saddened that this unfortunate situation occurred…(He) does not tolerate this type of behavior.

Tennis Umpire Says He Was Fired for Discrimination Complaint

Among the incidents Nimmons says he reported to the nation's governing body for professional tennis was an encounter with a white umpire at the 2013 U.S. Open in New York City who allegedly taunted him by by saying, "Hey Tony, if you were a hungry monkey and I told you there was a watermelon in the tree -- go get it! At a lower-level tournament in in Dallas in 2012, he claims another white umpire yelled, "Tony, you should go back to the ghetto!" 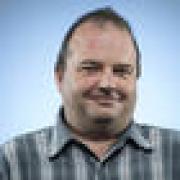 The Dodgers will honor umpire Bob Motley before Friday night's game against the Milwaukee Brewers. What's the big deal about that, you say? Motley, 94, is the only surviving umpire from the Negro Leagues. In his book, "Ruling Over Monarchs, Giants and Stars: Umpiring in the Negro Leagues and Beyond," Motley recalls the following story: "I think I've blocked out the exact scenario that led up to the particular incident, but it's the only time I was actually afraid of the fans. All I remember is that, on the last out of the game, fifteen thousand [Kansas City] Monarchs fans decided to blame Bob Motley for the team's loss.

But it's something being implemented and tested in the baseball world. The independent Atlantic League was the first victim to test the newest technology that includes a real-life umpire still manning his or her duties behind the plate while they wear an earpiece connected to an iPhone. That person would then relay the call from the TrackMan computer system that uses Doppler radar. That's at least how plate umpire Brian deBrauwere executed it back in July as he described it to ESPN. And Giants catcher Buster Posey isn't too sure about this new technology, specifically if these robot umps would call more balls or strikes.

Two umpires in the Mexican Baseball League were suspended on Wednesday after working together on a call that will go down as one of the worst in the history of professional baseball. During Tuesday's battle between the Diablos Rojos and the visiting Algodoneros de Unión Laguna in Mexico City, umpire Ulises Domínguez inexplicably called a ball after hitter Jonathan Jones swing through a pitch from Reinier Roibal. Baffled, Roibal asked the home-plate ump to check with his colleague at first base. Domínguez dutifully pointed down the first-base line, where Rodolfo Pastrana also signaled that the pitch was a ball. Check out the video above.