FUKUSHIMA – Two trash collectors allegedly took home about ¥10 million in cash they found at a waste disposal center in Tamura, Fukushima Prefecture, the authorities said Monday. Police said they plan to refer the case to prosecutors on charges of theft. According to the city, three workers at the waste center found the cash when they were sorting the garbage on Feb. 27. Two of them allegedly pocketed the find. The following day, one of the men reported the found cash to a local environment center that processes garbage at the waste center, but he gave an estimate of the amount to be in the "tens of thousands of yen," the authorities said.

District Executive Director Bob Spencer says he met with local officials to show them what responsibilities they would have to take on in leaving the district, saying some costs can be difficult for a town to bear on its own.

The Bismarck Tribune says a North Dakota Department of Health radiation control manager, Dale Patrick, says the company plans to look at alternatives to the site. Local officials raised concerns about the proximity of the site to the Tobacco Garden aquifer. 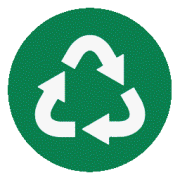 The world is drowning in an ever-growing heap of garbage. Food waste and trash are accumulating at such a speedy rate that towns and cities are turning into a garbage bins. Several nations are struggling to find a convenient solution for waste management. Do we have a sustainable solution to address waste disposal problem? The answer is yet to be discovered.

Farmers say state law should spell out that, if state regulators grant a waste permit, others should not be able to mount continuous challenges. The bill's supporters say the proposal would give banks a certain peace of mind if they know their clients aren't being sued often.