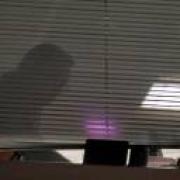 WASHINGTON – China is slightly ahead of South Korea and the United States in the race to develop fifth generation wireless networks, or 5G, a U.S. study showed Monday. The study released by the CTIA, a U.S.-based industry association of wireless carriers, suggested that the United States is lagging in the effort to deploy the superfast wireless systems that will be needed for self-driving cars, telemedicine and other technologies. The report prepared by the research firm Analysys Mason found that all major Chinese providers have committed to specific launch dates and the government has committed to allocate spectrum for the carriers. The 10-nation study said the U.S. is in the "first tier" of countries in preparing deployment of 5G, along with China, South Korea and Japan. In the second tier are key European markets, including France, Germany and Britain, with Singapore, Russia and Canada in the third tier.

A new study that found self-driving cars could be more likely to crash into pedestrians with dark skin has raised concerns among experts in the UAE. Academics said the research could indicate Gulf nationals would be more at risk from being hit by autonomous vehicles, without improvements to software. A recent paper, published by the Georgia Institute of Technology, found detection systems were better at recognising lighter skin tones than dark. The intriguing issue has also raised questions over whether traditional dress, such as the black abaya or white kandura, may also confuse existing technology. "I would exercise some caution until the study is peer-reviewed but it could have significant implications," said Lakmal Seneviratne, Professor of Robotics at Khalifa University.

Large-scale brain-like machines with human-like abilities to solve problems could become a reality, now that researchers have invented microscopic gadgets that mimic the connections between neurons in the human brain better than any previous devices. The new research could lead to better robots, self-driving cars, data mining, medical diagnosis, stock-trading analysis and "other smart human-interactive systems and machines in the future," said Tae-Woo Lee, a materials scientistat the Pohang University of Science and Technology in Korea and senior author of the study. The human brain's enormous computing power stems from its connections. Previous research suggested that the brain has approximately 100 billion neurons and roughly 1 quadrillion (1 million billion) connections wiring these cells together. At each of these connections, or synapses, a neuron typically fires about 10 times per second.