Canada Day Twitter sure is filled with apologies from people in the U.S.

This is such a perfectly 2018 thing to happen on the internet. July 1 is Canada Day, the Canadian equivalent of Independence Day in the United States (basically). And because Canada's neighbor to the south has become an out-of-control tire fire of political and social unrest, folks in the U.S. are feeling some remorse. SEE ALSO: Canada just legalized weed, and it's looking better every day So they're using the occasion of Canada Day to apologize. The holiday's celebratory Twitter hashtag is currently overrun with various flavors of "I'm sorry" from U.S. residents who are very much aware of and embarrassed by our shared racist uncle who's been charged with running the country. 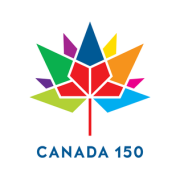 The 150th anniversary of Canada, also known as the 150th anniversary of Confederation and promoted by the Canadian government as Canada 150, occurs in 2017 as Canada marks the sesquicentennial anniversary of Canadian Confederation. Queen Elizabeth II, Canada's sovereign, offered her best wishes and congratulations on the 150th anniversary of Confederation in a December 31, 2016, recorded message.[1] Her son and heir-apparent, Prince Charles, and his wife, the Duchess of Cornwall, were scheduled to tour Ontario and Nunavut before attending the national celebration in Ottawa on July 1.[2] Some indigenous people including famed artist Alex Janvier and Senator Murray Sinclair have opposed the Canada 150 celebrations stating that these celebrations ignore the more than 10,000 years of indigenous history in these lands and the grave colonial legacy of the Canadian government.[3] Planning for the anniversary celebration began in 2010. The Institute of Public Administration of Canada held a conference called 150!Canada bringing together public servants, business leaders and non-governmental organizations at the National Arts Centre in Ottawa on March 11 and 12, 2010.

Canada turns 150 years on July 1 and the world's second-biggest country is planning a full year of birthday bashes. But first, a flash history lesson: North America's first successful colony, New France, was established in 1605 in what is now Nova Scotia -- yes, the French were here first -- but what Canada is tooting its horn about throughout 2017 is Canadian Confederation. That's when the Province of Canada (Ontario and Quebec), Nova Scotia and New Brunswick joined together as the Dominion of Canada on July 1, 1867. It continued to add territories and provinces until Newfoundland signed on in 1949 to create what is today's Canada. Although the epicenter of the sesquicentennial -- "sesquie" for short -- celebration is in the national capital of Ottawa and most activities are local and community-based, there are many fun, educational, creative and crazy events taking place from coast to coast to coast (Pacific to Atlantic to Arctic). Here are a few to get you started, in no particular order. 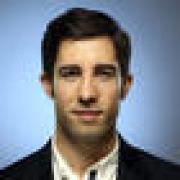 An Air Canada plane touching down at San Francisco International Airport almost landed on a taxiway crowded with four other planes, a near-catastrophe that is now under federal investigation. Air Canada flight 759 en route from Toronto was cleared to land just before midnight Friday at runway 28R, according to the Federal Aviation Administration. But the pilot had lined up the Airbus A320 for a taxiway that runs parallel to the runway, where four planes had queued and were awaiting clearance for departure, the FAA said. It's unclear how close the Air Canada flight came to the ground, and the FAA is trying to ascertain that distance in an ongoing probe. Ross Aimer, a retired United Airlines captain, told the San Jose Mercury-News, which first reported the incident, that if the pilot was not told to correct course, the scene would have been "horrific."