'There were black Confederates too': Bargaining with US history

In 2015, 21-year-old white supremacist Dylann Roof killed nine African Americans in a church in Charleston, South Carolina. Photos of Roof draped in the Confederate flag littered a now-defunct white supremacist website. The Charleston church shooting triggered a nationwide debate over the country's more than 1,500 monuments and publically-installed symbols memorialising the mid-19th century American Civil War. Soldiers astride horses, obelisks and entire mountains have been chiselled, carved and preserved for decades. Since then, the New Orleans City Council and several other municipalities have voted that their Confederate memorials be removed.

That's a lesson the snappy, irreverent "Honky" at the MET Theatre takes very much to heart with its opening hip-hop jingle for a trendy brand of sneakers: "When ghetto's in your sole / And it's kinda like'The Wire' on HBO / Reach for the Sky!" An equal opportunity satire for our ad-driven society, this sharply written, smartly performed Rogue Machine production deftly skewers PC platitudes and self-delusions on both sides of the black-white racial divide. Playwright Greg Kalleres' insightful takedown is set amid exploitative consumerism, as an inner-city shooting over a coveted pair of Sky ballers sparks the brand's surging "street cred" among suburban white mall rats. The shoes' designer, Thomas (Burl Moseley), is horrified when the newly hired CEO (Bruce Nozick) announces plans to leverage the tragedy for market expansion into a new demographic, thereby co-opting and diluting the company's focus on urban (read: black) youth apparel. Where a lesser play might predictably settle for black-and-white arguments, "Honky" opts for richer psychological territory: The play's five principal characters grapple with internal conflicts about their own racial identity. 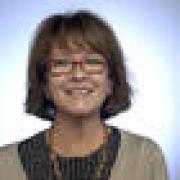 Russian President Vladimir Putin has systematically attacked democratic institutions across Europe and in his own country for two decades in efforts to undermine elections and other governments, Senate Democrats charged Tuesday.

FILE - In this Feb. 25, 2014 file photo, Laura Vandervoort arrives at Vanity Fair's Fiat Young Hollywood Party in Los Angeles. Prosecutors are still working to uncover the depth of an international identity theft ring that roped in hundreds of victims and millions of dollars, even co-opting the image of a Vandervoort to create fake passport.