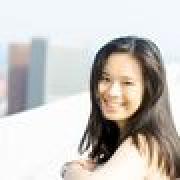 Here's one skill Putin might not want to add to his repertoire. The Russian president launched into a piano performance ahead of his meeting with his Chinese counterpart Xi Jinping on Sunday. Putin, who was in Beijing for a summit, played two Russian songs -- Moscow Windows and Evening Song -- dubbed the unofficial anthems of Moscow and St Petersburg. Vladimir #Putin plays grand piano at Chinese leader's residence https://t.co/JGcA19PcQA But Chinese social media users were far from impressed.

Russian President Vladimir Putin was captured on video Sunday playing a few tunes on a piano while waiting to meet with Chinese President Xi Jinping. Putin was in Beijing on a state visit to discuss a $1 trillion infrastructure plan aimed at reviving the ancient Silk Road. When Putin arrived at Xi's residence, he passed the time by playing some songs on the piano. Russian state television captured and posted a video of Putin playing excerpts of "Moscow Windows" and "City on the Free Neva," both Soviet classics, according to NPR. When asked at a news conference Monday in Beijing about the performance, Putin said he was playing the instrument to pass the time.

Russian President Vladimir Putin took some time to showcase his musical talent ahead of a meeting with Chinese President Xi Jinping on Sunday as a video of Putin playing the piano emerged. This is the latest in his numerous skills that have been laid in front of the world in the past. The Russian president was in Beijing for a summit on the modern Silk Road -- referred to as "One Belt, One Road" -- introduced by the Chinese president. A signature foreign policy effort by Xi, the summit runs from May 14-15. The initiative includes a $1 trillion plan for infrastructure and economic development in about 60 countries, the New York Times reported.

You can always count on the internet to concoct a beautiful meme -- especially one that involves a widely disliked world leader. Russian president Vladimir Putin with his shirtless horseback riding photos and likeness to Harry Potter villain Lord Voldemort has always been ripe for internet fodder. And yet it appears we have not had enough because a popular Putin meme is now resurfacing. SEE ALSO: Drake's moody tweet from 2012 has been brought back as a meme An old video of Putin playing the piano has been newly edited to make it seem as if he's playing Vanessa Carlton's "One Thousand Miles." This actually isn't the first time someone thought to pair Putin's video with Carlton's early aughts hit, but it does call to mind all the other delightful Putin piano playing memes that are well worth revisiting.

Speaker Ryan urges caution on allegations against Trump President Trump faces major test of his presidency Russian President Putin offers to hand over Kremlin records of Trump's talk with Russian envoys Comey memo indicates President Trump asked him to halt FBI probe of Michael Flynn Russian President Putin offers to hand over Kremlin records of Trump's talk with Russian envoys Putin calls flap over Trump's meeting with Russian diplomats'political schizophrenia' Russian President Vladimir Putin's offer to provide a transcript of a controversial private Oval Office meeting between President Trump and two Russian diplomats has further fueled allegations that the White House has had improper dealings with Moscow, a U.S. adversary. Putin said allegations that Trump had disclosed top-secret intelligence to Russian Foreign Minister Sergei Lavrov and Sergey Kislyak, Moscow's ambassador to the U.S., proved that the U.S. was "developing political schizophrenia," according to the Russian state-controlled news agency Tass, which quoted comments Putin made at a Wednesday news conference in Sochi, Russia. "If the U.S. administration considers it possible, we are ready to submit a transcript of Lavrov's talk with Trump to the U.S. Senate and Congress, if, of course, the U.S. administration would want this," Putin said. According to Tass, the Russian president jokingly told reporters that he would have to "reprimand" Lavrov for being "bad" and not sharing "these secrets neither with me nor with the Russian secret services, which is very inappropriate on his part." Putin's comments followed Monday's revelation by the Washington Post that Trump had disclosed highly classified information to the Russian diplomats that a U.S. ally had provided on condition that it be kept confidential.