Thirty-six people have been charged for their alleged involvement in running a cyber-crime service responsible for more than $530m (£381m) of losses.

BI.ZONE CEO Dmitry Samartsev and World Economic Forum head of operations William Dixon analysed the most popular technologies and evaluated the cyber risks of tomorrow. Experts talked about the three technologies that are likely to determine the next decade expressed in a joint analytical article. Over the past 10 years, cybercrime has moved from a narrow, specialised niche to one of the most significant strategic risks facing the whole world today. The development of digital fraud is largely due to rapid technological progress. According to the authors of the article, the new generation of 5G networks will become the most difficult problem in the field of cybersecurity.

Cybercrime is increasing and more costly for organizations

Cybercrime is increasing, takes more time to resolve, and is more expensive for organizations, according to the Ninth Annual Cost of Cybercrime Study released this week by Accenture and the Ponemon Institute. The average cost of cybercrime for an organization has increased $1.4 million over the past year, to $13.0 million, and the average number of security breaches in the last year rose by 11 percent from 130 to 145. Cyber attacks are evolving from the perspective of what they target, how they affect organizations, and the changing methods of attack, according to the study, which is based on interviews with 2,647 senior leaders from 355 companies across 11 countries and 16 industries. Information theft is the most expensive and fastest rising consequence of cyber crime. However, data is not the only target.

Which countries are most committed to tackling cybercrime? 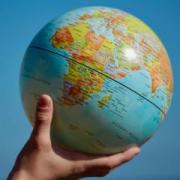 The recent wannacry ransomware threatened businesses around the world, sent governments into disarray and nearly brought the NHS to its knees. But maybe something good has come of it. Questions of commitment were instantly asked by politicians, journalists and most importantly the public, as the WannaCry post-mortem got underway. So how does the UK stack up against other nations in its commitment to cybersecurity? And is it doing enough to ensure its virutal boarders aren't breached again?

A former director of the FBI's crime and cybercrime response unit has warned that the problems of hacking and cybercrime will not be solved in our lifetimes, but we that we owe it to future generations to avoid completely mismanaging the issue to make it worse to deal with in years to come. Shawn Henry spent 24 years at the FBI where he rose through the ranks to oversee all of the Bureau's criminal and cyber investigations across the globe before retiring from the organisation in 2012. But despite boosting the FBI's computer crime investigative capabilities and taking part in numerous successful investigations into denial-of-service attacks, major bank and corporate breaches, and nation-state sponsored intrusions, Henry believes that cybercriminals aren't going to be disappearing any time soon. "We're not going to solve it, folks, not in our lifetime, but we have to constantly manage it," he said, speaking at IP EXPO 2016 in his post-FBI role as president of cybersecurity firm Crowdstrike. Indeed, cases such as the OPM Hack, which saw attackers steal personnel files of 4.2 million former and current government employees and security clearance background investigative information on 21.5 million people, or the recently disclosed Yahoo data breach appear to demonstrate that we have a long, long way to go before cybercrime is a thing of the past, epecially as cybercriminal gangs are becoming ever more professional.