Disney rolled out an impressive list of release dates earlier this year, but after the latest Star Wars shakeup, everything is back in flux. SEE ALSO: The first'Aladdin' set photo is here to wreck you emotionally The live-action Aladdin, which was scheduled for Dec. 20, 2019, a date now usurped by Episode IX. The good news is that the films appear to have swapped release dates, so Aladdin will now release May 24, 2019. Hopefully that gives the production team enough time to pull together all the moving parts, musical numbers, and special effects, but filming is underway and moving forward. As of July's D23 Expo, here's what we knew about the not-so-distant future Disney releases: We know what those previously untitled 2019 projects are now, and moving Episode IX shouldn't affect the 2020 or 2021 slate too much.

Both structures are more than a century old. The tunnel, already prone to delays caused by aging overhead electrical wires, suffered saltwater damage in 2012's Superstorm Sandy that is eroding concrete and cables. The bridge must open to allow boats to pass underneath and occasionally becomes stuck and has to be manually fitted back in place, causing delays that ripple up and down the corridor between Boston and Washington, D.C.

Project Eve is a futuristic action RPG built for the latest console generation, and today Korean studio Shift Up provided the longest look yet at how it'll play. From today's trailer, it feels like a cyberpunky blend of Nier, Devil May Cry, Bayonetta and God of War, with an energetic undercurrent. And bonus, some of the enemies are truly horrifying. Shift Up showed off the new trailer during today's PlayStation showcase. The studio didn't provide a release date, but the game is certainly looking closer to completion. 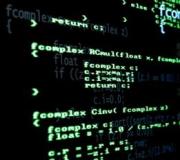