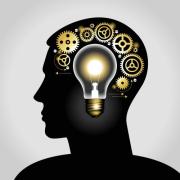 In this part 2 of the series, we will examine some key considerations and hurdles in patenting machine learning-based biotech or synthetic biology inventions. In this series, we are focusing on artificial intelligence inventions, but as Alan Turing aptly pointed out, that neologism is a "suitcase" term because you can stuff a lot of intelligence classifications and different types of technologies into it. Many of the ground-breaking AI developments in biotech are in the AI subfield of Machine Learning. First, we will briefly discuss what is meant by Machine Learning and discuss some relevant terms. Second, we will review some real world challenges in patenting AI inventions.

The Northern District of California confirmed this approach by invalidating claims directed to automatically generating an "ensemble" of machine learning models under § 101 stating that it was directed towards "mathematical processes that not only could be performed by humans but also go to the general abstract concept of predictive analytics rather than any specific application."

On August 22, 2019, the United States Patent and Trademark Office (USPTO) published a request for comments on patenting artificial intelligence inventions. Written comments must be received on or before October 11, 2019. The AI inventorship issue came to a head earlier this year when the inventor of an algorithm named DABUS (device for the autonomous bootstrapping of unified sentience) filed beverage container and flashing light patent applications in DABUS' name in the United Kingdom, Europe, and the United States. Additionally, many today see patent eligibility as a significant hurdle to obtaining patent protection in AI technologies. China and the United States lead in patent filings in all AI techniques and functional applications, as well as AI application fields.