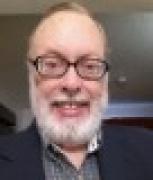 Internet of Things Release 3 is published by oneM2M, the worldwide Internet of Things interoperability standards initiative. The third set of specifications deals with 3GPP interworking, especially as it relates to cellular IoT connectivity, among other features. The release is said to enable seamless interworking with narrowband IoT and LTE-M connectivity through the 3GPP Service Capability Exposure Function. More information is available here. FogHorn Systems says its Lightning Edge Industrial IoT platform received Industrial Software Competency status from Amazon Web Services, attesting that the software is capable of working in product design, production design, production, and operations.

Beyond trendy names like Tesla and Alphabet chasing self-driving cars, a host of auto brands and other tech heavyweights are also investing in autonomous R&D. Private companies working in auto tech are attracting record levels of deals and funding, with autonomous driving startups leading the charge. Along with early-stage startups, VCs, and other investors, large corporations are also angling to get a slice of the self-driving pie. From autonomy to telematics to ride sharing, the auto industry has never been at more risk. Get the free 67-page report PDF. Using CB Insights' investment, acquisition, and partnership data, we identified over 40 companies developing road-going self-driving vehicles. They are a diverse group of players, ranging from automotive industry stalwarts to leading technology brands and telecommunications companies. This list is organized alphabetically and focuses on larger corporate players in the space (as opposed to earlier-stage startups). Companies working on industrial autonomous vehicles were not included in this analysis. A few of the companies or brands listed below belong to the same parent organization but are detailed separately if they are operating distinct autonomous development programs. Some companies are grouped together by key partnerships or alliances. Given the complex web of relationships between these players, other collaborations are also noted in each profile. This is not intended to be an exhaustive list of corporations working on autonomous vehicle technology. This brief was originally published on 9/25/2015 and featured 25 select corporations. It was updated and expanded on 5/17/2017, 9/4/2018, and 8/28/2019. Over the last decade, Amazon has spent billions of dollars working on finding ever-better solutions to the last-mile problem in delivery. It's built its own fleet of cargo jets, explored delivery by drone in the form of "Prime Air," and more. More recently, an increasing percentage of that investment has been directed toward autonomous vehicle technology. In February 2019, Amazon invested in Aurora Innovation, an autonomous tech startup run by former executives from two other firms with strong ties to self-driving technology: Google and Tesla. "Autonomous technology has the potential to help make the jobs of our employees and partners safer and more productive, whether it's in a fulfillment center or on the road, and we're excited about the possibilities." The Aurora investment isn't the only autonomous technology play that Amazon is pursuing. In January 2019, the company introduced the Amazon Scout, a six-wheeled electric-powered delivery robot.

One of the most active areas of research and development at the moment is in the push towards self driving cars and autonomous transportation. Should self driving cars be realized it will free up time and reduce stress levels on the daily commute. If perfected it may also be safer than cars being driven by humans. Electric powered autonomous shuttles replacing gas guzzling cars could also have a significant, positive impact on the environment. It is no wonder, therefore that many of the leading players in the autonomous sector, as well as many major car manufacturers, are investing significant amounts of time and expense into developing smart self driving and autonomous solutions. The following list is organized alphabetically and will look at 33 of the leading companies who are currently pioneering self driving car technology. Since 2016 there has been much interest surrounding Project Titan. This is the name given to Apple's development program for self driving cars. However the drive for autonomous cars did not get off to a smooth start. Early setbacks, such as a rumoured hiring freeze following the departure of project head Steve Zadesky hit the program. There was also a rumours of uncertainty within Apple regarding the vision of the project. Since then Apple has tasked Bob Mansfield, a noted hardware executive, with leading their charge towards developing self driving cars. The subsequent appointment of Dan Dodge, the founder and former CEO of QNX indicates that Project Titan now has a firm strategy. This means that Apple is focusing the majority of its efforts on the development of autonomous or self driving cars. Apple documents released in April 2017 revealed that the company was working towards creating an "automated system". To help further their quest towards achieving self driving cars Apple also revealed that they had conducted a recruitment drive. This has seen the company hire some former Waymo and NASA's robotic engineering experts amongst others. The most notable of these recruits was Jaime Waydo, a senior engineer who had worked at NASA's Jet Propulsion Laboratory as well as on various Waymo projects. This recruitment drive has served to kick start Project Titan. Following the new recruits arrival vehicular patent activity connected to Apple has noticeably increased. Since 2018 Apple has been fleshing out its autonomous cars fleet. In the summer of 2018 the company officially had 66 vehicles registered with the California DMV most of which were also operating on public roads around the state. This means that Apple has the third largest fleet of self driving cars in California, behind only Waymo and GM Cruise.

The Week in Review: IoT

Tools/Chips Synopsys rolled out a new release of its automotive exterior lighting design and analysis software. The tool calculations and generates images for multiple viewing directions and different lighting conditions. Lighting on vehicles has become far more complex than just shining a beam on the road. The latest technology can adapt to road conditions, other cars, and help illuminate the path that vehicles take as they turn corners. ArterisIP uncorked standalone last-level cache for SoCs, including distributed, shared and dedicated partitioning.