Postmodern Jukebox's recent #PMJsearch contest resulted in finding some incredible talent. Caroline Baran, a 14-year-old from Chicago, made her PMJ debut with an emotional and powerful performance of Cyndi Lauper's "Time After Time." Her strong vocals are beautifully accompanied by the PMJ band and Lara Somogyi's peaceful harp playing. Justin Bieber's'Cry Me a River' cover is worth sobbing over Jennifer Hudson and the cast of'The Color Purple' perform incredible'Purple Rain' cover 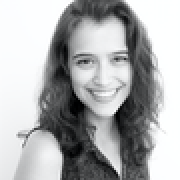 Justify Tunes up for Triple Crown Try With Impressive Gallop

Justify arrived here Wednesday afternoon after a flight from Kentucky. Bob Baffert, his Hall of Fame trainer, was delighted with how well the horse handled the shipping and the unfamiliar surroundings on an overcast morning.

Dad does his best to replicate daughter's impressive gymnastics moves

In a show of father-daughter bonding at its finest, this dad took the time to master each of his daughter's toughest gymnastics moves. But at least he can hold that hand stand. We would totally hang with Leo on this'Titanic' cruise line The trailer for Martin Scorsese's'Silence' is here, and it's stunning

Tom Cruise is well-known for his willingness to perform many of his own stunts. Exhibit A: In an appearance on The Graham Norton Show, Cruise revealed that, in the most recent Mission Impossible film, he learned to hold his breath underwater for a whopping 6 1/2 minutes. Divers were called in to advise the actor on how to train his system to handle the lack of oxygen. While Cruise admits, "It's not pleasant," he seems to have gotten pretty good at it: "I trained for a long time to the point when I finished the sequence, there'd be times I'd be sitting there talking in meetings and I wouldn't breathe," he said. Also a guest on the show, English actor Jude Law reveals that he, too, has held his breath for his craft.