Alethea AI has been making headlines in the NFT space lately with the team's remarkable innovations and explorations combining NFTs and AI. Now, they have set a new OpenSea record with the conclusion of their seven day auction. The auction was a historic moment for NFTs, AI and blockchain, featuring the first-ever collection of 100 Intelligent NFTs named "The Revenants," and the sale of 10,000 Personality Pods that allow any NFT to be animated and brought to life. The Revenants sold for approximately 2400 ETH for its primary and secondary market sales and raked in 10 million USD in a week. The highest selling Revenant was Vincent Van Gogh, who sold for 58 ETH ($232,000 USD).

iNFT- An AI that can talk! 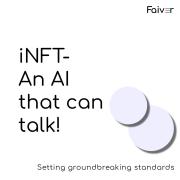 An innovative, groundbreaking collaboration with Alethea AI, Robert Alice's To the Young Artists of Cyberspace introduces one of the most technologically advanced NFTs breaking the laws of traditional ideas and setting a new standard itself- the iNFT, nicknamed Alice. An AI that could talk! What was once a mere interaction with a set of codes is now changing into a more complex set of conversations one can have with the AI. With the first responsive, intelligent NFT being distributed for sale and public release, Alice and Alethea AI provide the audience with the opportunity to converse live with an iNFT. Forming a new medium, the first iNFT ever made will offer collectors this historic iNFT that they can add to their collection.

Synthetic humans are a thing of the future, and the latest project to come along in pursuit of that is Alethea AI, a startup that can create photorealistic AI-generated avatars from a single photo. The company is unveiling its AI Avatar Studio today. You can see what they did with my photo, with my permission, in the video embedded in this story. They made me sing the I See Fire song from The Hobbit film with Ed Sheeran's voice. The company created the avatar and lip-syncing within minutes.

Alethea AI, a synthetic media company, is piloting âprivacy-preserving face skins,â or digital masks that counter facial recognition algorithms and help users preserve privacy on pre-recorded videos.Â  The move comes as companies such as IBM, Microsoft, and Amazon announced they would suspend the sale of their facial recognition technology to law enforcement agencies.Â  âThis is a new technique we developed inhouse that wraps a face with our AI algorithms,â said Alethea AI CEO Arif Khan. âAvatars are fun to play with and develop, but these âmasks/skinsâ are a different, more potent, animal to preserve privacy.â Related: Why CoinDesk Respects Pseudonymity: A Stand Against Doxxing See also: Human Rights Foundation Funds Bitcoin Privacy Tools Despite âCoin Mixingâ Legal Stigma The Los Angeles based startup launched in 2019 with a focus on creating avatars for content creators that the creators could license out for revenue. The idea comes as deepfakes, or manipulated media that can make someone appear as if they are doing or saying anything, becomes more accessible and widespread. According to a 2019 report from Deep Trace, a company which detects and monitors deepfakes, there were over 14,000 deepfakes online in 2019 and over 850 people were targeted by them. Alethea AI wants to let creators use their own synthetic media avatars for marketing purposes, in a sense trying to let people leverage deepfakes of themselves for money.Â  Khan compares the proliferation of facial recognition data now to the Napster-style explosion in music piracy in the early 2000s. Companies, like Clearview AI, have already harvested large amounts of data from people for facial recognition algorithms, then resold this dataÂ to security services without consent, and with all the bias inherent in facial recognition algorithms, which are generally less accurate on women and people of color.Â  Related: The Zcash Privacy Tech Underlying Ethereumâs Transition to Eth 2.0 Clearview AI, has marketed itself to law enforcement and scraped billions of images from websites like Facebook, Youtube, and Venmo. The company is currently being sued for doing so.Â Â  âWe will get to a point where there needs to be an iTunes sort of layer, where your face and voice data somehow gets protected,â said Khan.Â  One part of that is creators licensing out their likeness for a fee. Crypto entrepreneur Alex Masmej was the first such avatar, and for $99 you can hire the avatar to say 200 words of whatever you want, provided the real Masmej approves the text.Â  We will get to a point whereâ¦ where your face and voice data somehow gets protected Alethea AI has also partnered with software firm Oasis Labs, so that all content generated for Alethea AIâs synthetic media marketplace will be verified using Oasis Labâs secure blockchain, akin to Twitterâs âverifiedâ blue check mark.Â  âThere are a lot of Black Mirror scenarios when we think of deepfakes but if my personal approval is needed for my deepfakes and itâs then time-stamped on a public blockchain for anyone to verify the videos that I actually want to release, that provides a protection that deepfakes are currently lacking,â said Masmej.Â  The privacy pilot takes this idea one step further, not only creating a deep fake license out, but preventing companies or anyone from grabbing your facial data from a recording.Â  There are two parts to the privacy component. The first, currently being piloted, involves pre-recorded videos. Users upload a video, identify where and what face skin they would like superimposed on their own, and then Alethea AIâs algorithms map the key points on your own face, and wrap the mask around this key point map that is created. The video is then sent back to a client.Â  See also: Fake News on Steroids: Deepfakes Are Coming â Are World Leaders Prepared? Alethea AI also wants to enable face masking during real time communications, such as over a Zoom call. But Khan says computing power doesnât quite allow that yet, though it should be possible in a year, he hopes.Â  Alethea AI piloted one example of the tech with Crypto AI Profit, a blockchain and AI influencer, who used it during a Youtube video.Â  Deepfakes, voice spoofing, and other tech enabled mimicry seem here to stay, but Khan is still optimistic that weâre not yet at the point of no return when it comes to protecting ourselves.Â  âIâm hopeful that the individual is accorded some sort of framework in this entire emerging landscape,â said Khan. âItâs going to be a very interesting ride. I donât think the battle is fully decided, although existing systems are oriented towards preserving larger, more corporate input.â Related Stories JD.com Subsidiary Rolling Out Privacy Tech From Blockchain Firm ARPA From Australia to Norway, Contact Tracing Is Struggling to Meet Expectations 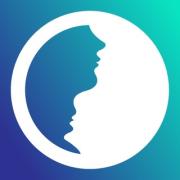 If you have Telegram, you can view and join Alethea AI Community right away.