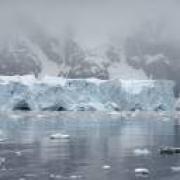 JERUSALEM – Israel began sharing an intelligence trove on Iran's alleged nuclear ambitions Tuesday, but Prime Minister Benjamin Netanyahu faced accusations his televised unveiling lacked evidence a 2015 accord had been violated. The IAEA, the United Nations' atomic watchdog, said it would evaluate any new relevant information, but cited its assessment from three years ago that it had no "credible indications" of an Iranian nuclear weapons pursuit after 2009. Netanyahu's elaborate presentation live on television Monday night came ahead of a crucial decision by U.S. President Donald Trump by May 12 on whether to withdraw from the nuclear agreement between world powers and Iran. The Israeli premier said tens of thousands of documents recently recovered by intelligence operatives in Tehran proved his country's main enemy Iran had a secret nuclear weapons program it could put into action at any time. But the presentation that included props, video and slides immediately led to accusations from some that the White House and Netanyahu coordinated it as Trump considers whether to pull out of the nuclear deal he has harshly criticized. Some analysts and proponents of the nuclear agreement also said Netanyahu had presented previously known details and failed to produce evidence that showed Iran was not abiding by the accord.

Israeli prime minister claims Iran had been hiding all of the elements of a secret nuclear weapons program. Israeli Prime Minister Benjamin Netanyahu revealed new "dramatic" intelligence Monday which he claimed shows Iran is "brazenly lying" about its nuclear weapons program and shows the country is not complying with the vaunted nuclear deal it signed in 2015. The information was obtained within the past 10 days, Israeli officials told Fox News. Netanyahu said the'half a ton" of files were moved to a "highly secret" location in Tehran after the deal was signed, and contained materials spread over 55,000 pages and 55,000 files on 183 CD's. "These files conclusively prove that Iran is brazenly lying when it says it never had a nuclear weapons program," he said.

The Iran deal is dead -- Iran killed it

Security expert Ryan Mauro comments on'Fox & Friends First.' The Iran nuclear deal is dead – and the mullahs who rule the Islamic Republic have only themselves to blame. There is no need for President Trump to even announce that the United States is pulling out of the deal. Iran killed the agreement through its own willful actions and blatant lies, even before the deal was officially implemented on Jan. 16, 2016. President Obama and Secretary of State John Kerry – who negotiated the nuclear deal with Iran and the European Union, Russia, China, France, Britain and Germany – heaped praise on the agreement when it was reached in July 2015, ignoring its fatal flaws.

Iran nuclear deal: What is it?

Who gets what and at what price? President Trump said he will make an announcement regarding the controversial Iran nuclear deal on May 8, less than a week before the White House faced a deadline on agreement's future. The nuclear deal with Iran has long been a point of contention, especially among Republicans who opposed it. The administration has until May 12 to decide whether the U.S. will preserve the agreement. I will be announcing my decision on the Iran Deal tomorrow from the White House at 2:00pm.

Britain has backed a "vitally important" nuclear deal with Iran, after Israel and the US accused the Iranians of pursuing atomic weapons. Israel claimed it had evidence showing Iran covertly sought nuclear weapons - an accusation rejected by Iran. The US said Israel's claims are "consistent" with its own intelligence. Six nations signed an accord in 2015 lifting sanctions on Iran in exchange for the Iranian's abandoning a nuclear weapon programme. Iran said it only sought nuclear energy, not weapons.