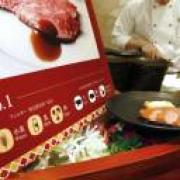 SEOUL – Japan would be an "important partner" in South Korean President Moon Jae-in's economic cooperation initiative with the North if denuclearization becomes a reality on the divided Korean Peninsula, South Korea's unification minister said. Cho Myoung-gyon, a key player in the negotiations with Pyongyang, also said in an interview Friday that allowing North Korea to normalize diplomatic ties with Japan and the United States would provide "stable footing" for denuclearization to proceed. It was the first time Cho had granted an interview to foreign media since the April 27 inter-Korean summit between Moon and North Korean leader Kim Jong Un at the truce village of Panmunjom. Cho, who is leading the negotiations with the North, attended the historic summit, where Moon and Kim agreed to pursue "complete denuclearization" of the peninsula and strive to formally end the 1950-1953 Korean War, which ended in an armistice. The economic cooperation initiative includes three "belts": an energy and resource belt connecting the east coast of the Korean Peninsula with the Russian Far East, a transportation and logistics belt between the west coast and China, and a cross-border tourism belt. 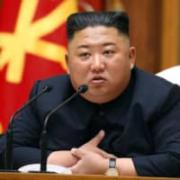 Seoul – North Korea expressed regret on Friday that it shot dead a missing South Korean to prevent the spread of the coronavirus, the South's national security adviser said, amid growing political and public backlash. North Korea's United Front Department, in charge of cross-border ties, sent a letter to South Korean President Moon Jae-in's office a day after Seoul officials said North Korean soldiers killed a South Korean before dousing his body in oil and setting it on fire. The rare message came as Moon faced intense political fallout over the incident, which coincided with a renewed push for policy to engage Pyongyang. The letter cited North Korean leader Kim Jong Un as saying he was "sorry" that the incident disappointed the South Korean public and should not have happened, Moon's security adviser Suh Hoon said. The soldiers fired more than 10 shots at the man, a South Korean fisheries official who went missing this week, after he did not reveal his identity and tried to flee, Suh said, citing the letter.

Seoul – North Korea will not attend this year's Tokyo Olympics because of the coronavirus pandemic, Pyongyang's sports ministry said, putting an end to Seoul's hopes of using the games to restart talks with its nuclear-armed neighbor. North Korea's participation in the last Winter Games, in Pyeongchang in neighboring South Korea, was a key catalyst in the diplomatic rapprochement of 2018. Leader Kim Jong Un's sister, Kim Yo Jong, attended as his envoy in a blaze of publicity, and South Korean President Moon Jae-in seized the opportunity to broker talks between Pyongyang and Washington that led to a series of high-profile meetings between Kim Jong Un and U.S. President Donald Trump. But Pyongyang's announcement puts an end to Seoul's hopes of using the postponed Tokyo Games, due to begin in July, to trigger a reset in the now deadlocked talks process. At a meeting, North Korea's Olympic Committee "decided not to participate in the 32nd Olympic Games in order to protect players from the world public health crisis caused by COVID-19," said the Sports in the DPR Korea website run by North Korea's sports ministry.

North Korea's Kim continuing to stay away from capital amid pandemic, sources say

Beijing – North Korean leader Kim Jong Un appears to still be staying in the country's eastern port city of Wonsan, having not returned to Pyongyang after attending a factory opening on May Day, diplomatic sources have said. While some South Korean media have reported that Kim has conducted military inspection activities during his time in the capital of Kangwon Province, the precise reason for his continued presence in the seaside resort remains unknown. Kim has not appeared in state-run media since May 2, when the official Korean Central News Agency released photos showing him at a ribbon-cutting ceremony for a newly opened fertilizer factory in Sunchon, near Pyongyang, the previous day. In April as well he stayed for an extended period in Wonsan, where his villa is situated. Dismissing rumors that he was in bad health, the South Korean government claimed at the time that Kim may have left Pyongyang to take preventive steps against the new coronavirus.