How long could my summer holiday flight be delayed?

Air passengers leaving Gatwick have suffered the longest average delays during summer getaways from major UK airports, BBC analysis reveals. Those travelling to and from the UK on EasyJet flights have waited the longest among the 10 busiest airlines. Figures collected by the Civil Aviation Authority (CAA) during the last two summers reveal the typical delays. All flyers using EasyJet had an average delay of 24 minutes, and those leaving from Gatwick waited 27 minutes. Both said they appeared at the top of the delay list partly as a result of having among the biggest number of flights.

Air passengers using London Gatwick face the most flight delays in the UK, the BBC can reveal. Aviation data analysed by BBC News uncovered the routes and airports where customers faced the worst punctuality. On average, passengers using Gatwick experienced delays of 18 minutes per flight. The airport said it regretted any delays. The most delay-afflicted flight was from Manchester to New York which was delayed by an average of 88 minutes. 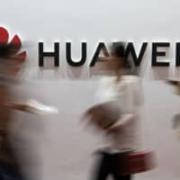 LONDON – British Airways said its flights were returning to normal after passengers had to endure cancellations, delays and long lines at London airports as the airline suffered its third major computer failure in a little more than two years. Wednesday's woes are the latest in a string of problems at BA, which was fined $230 million last month for a huge customer data breach and is bracing for potential strikes in a pay dispute with its pilots. BA, owned by International Airlines Group, apologized to customers for Wednesday's disruption and warned it would take time for operations to return to normal. More than 60 flights to and from Heathrow and Gatwick were canceled and more than 100 were delayed, according to the departure boards at the two airports. The problems started when people tried to check in for the first flights of the day and lasted for about 12 hours.

Flights from London Luton were delayed for longer than any other UK airport last year, analysis of Civil Aviation Authority data suggests. Planes left 19.7 minutes late on average, with London Gatwick, Jersey and Durham Tees Valley next worst. The top performers were London Heathrow - flights were 11 minutes late - Leeds Bradford, Belfast City and London City. Scheduled and charter flights, but not cancelled services, from the 25 busiest airports were examined in the study. The Press Association, which compiled the departure punctuality ranking, said flights across all airports left an average of 15 minutes late.

One in five flights to popular holiday destinations are delayed by more than 30 minutes, BBC analysis has found. Some 38,000 out of 199,000 international flights from UK airports to popular destinations were delayed between June and September 2016. Most were from London airports - Luton, Stansted, Gatwick and Heathrow. The data does not cover flights that were cancelled. BBC England's data unit found: Radio presenter Steve Power was flying on a British Airways flight from Gatwick to Limoges in France last week that was delayed by almost three hours.