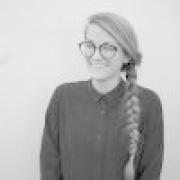 Train to Busan, Peninsula, and Hellbound's Yeon Sang-ho is back and this time the South Korean director-writer is going full dystopian sci-fi thriller. Netflix dropped the trailer for Yeon's latest, JUNG_E, an original for the streaming service set in a post-apocalyptic 22nd century -- and the whole thing looks like a corporate ad for the fictional facility featured in the film. An AI researcher at Kronoid Lab clones her late mother's brain (a distinguished army leader) as an AI combat warrior in an attempt to get the upper hand on a raging war on Earth, now a desolate place. Yeon brings with him Hellbound stars Kim Hyun-joo and Ryu Kyung-soo, as titular cloned mercenary Jung_E and Kronoid Lab head Sang-Hoon, respectively. But most notably, it's also the final screen appearance from late actor Kang Soo-youn, who died in May at the age of 55. 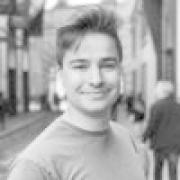 The problem with being a ridiculously accomplished soldier is that there's always the danger you'll be cloned and turned into an AI weapon by your own daughter one day. That's the Black Mirror-meets-Terminator-esque concept behind Train to Busan director Yeon Sang-ho's new dystopian sci-fi thriller, JUNG_E, which looks like it'll grapple themes of artificial intelligence ethics while also having a whole bunch of kickass action scenes. The Netflix film stars Kim Hyun-joo and Ryu Kyung-soo as JUNG_E and her daughter Sang-Hoon, and features the final onscreen appearance from actor Kang Soo-young, who died last year aged 55. JUNG_E is streaming on Netflix from Jan. 20.(opens in a new tab)

Ahn Seo-hyun, the star of the upcoming action-adventure film "Okja," opened up about what it was like to work with non-South Korean actors like Jake Gyllenhaal and Tilda Swinton in the new Netflix film. In a recent interview with Deadline, Seo-hyun admitted that there was a language barrier between her and her non-South Korean co-stars, but she did say that they all made an effort to connect with one another. "Because they're foreign actors, I wasn't very familiar with their work," Seo-hyun said of her non-South Korean co-stars, which also include Paul Dano, Lily Collins and Giancarlo Esposito. "When I met them, I was afraid there'd be communication barriers because of the language, but they were wholeheartedly welcoming of me and wanted to be my friend, and so I felt like the heart-to-heart communication overcame the language barriers." Directed by Bong Joon-ho, the film tells the story of Mija (Seo-hyun), a farm girl living in the mountains outside Seoul who befriends Okja, a "super pig" raised under contract by a corporate food giant called the Mirando Corporation.

Upcoming shows of veteran K-pop idols Girls Generation shows have been canceled after Seohyun tested positive for COVID-19. The group's management label, SM Entertainment announced the cancelation of the eight-piece act's appearances on Korean music shows "M! Countdown" and "Inkigayo". Seohyun will also be taking a temporary break from group activities until she recovers from the illness. Seohyun also posted an apology to fans on her Instagram story, which was translated into English by AllKpop. "To SONE (fandom name) who've been patiently waiting for our promotions more than anyone else and my unnies, I'm sorry. I thought I wouldn't get sick because I'm healthy. I ended up getting COVID. I'm so disappointed and sorry. I'll recover quickly and meet you for next week's music shows!!!" she wrote.

The future of AI robotics never seems to have a silver lining, and here's a new nightmarish vision of what could come to pass from Jung_E, the latest film from Yeon Sang-ho (Train to Busan). The Netflix release is slated to hit the streaming service exclusively on January 20, 2023. The official synopsis from Netflix reveals a tease of the plot: "In a post-apocalyptic 22nd century, a researcher at an AI lab leads the effort to end a civil war by cloning the brain of a heroic soldier--her mother." The sleek, dystopian shine of Kronoid Lab's "most advanced A.I. combat warrior" invokes a feeling of dread when the very human-looking creation is built. Even the full-on wired brain that looks like one of those steel wool sponges gave me the icks.