Emirates is one of many airlines affected by the DHS ban on certain devices on America-bound planes from eight Muslim-majority countries. They have 96 hours to impose the ban. Aviation security experts are looking agog at the Department of Homeland Security's decision to ban a range of electronic devices larger than a cellphone from being taken on U.S.-bound flight cabins from 10 airports in countries that are Muslim-majority. They told Forbes it makes little-to-no sense in terms of how it will protect travellers and may well have adverse effects. Human rights activists are concerned as well, given the regions it targets are Muslim-majority, including airports in Cairo, Istanbul, Morocco, Saudi Arabia, Qatar and the United Arab Emirates.

A British Pink Floyd cover band has scrapped three of its concerts in Israel after Roger Waters, cofounder of the legendary rock band, called for their cancellation. The UK Pink Floyd Experience was scheduled to perform in the Israeli cities of Tel Aviv, Haifa and Beersheba in early January. Waters, a British singer and songwriter who performed with Pink Floyd from 1965 until 1985, routinely calls for boycotts of Israel during his own performances. Taking to Facebook on Friday, Waters said he was "aghast" the cover band were planning to perform in Israel and posted a picture of the tribute act alongside an image of a wounded child. "To sing my songs in front of segregated audiences in Israel, and contribute to the cultural whitewashing of the racist and apartheid government of that country, would be an act of unconscionable malice and disrespect," Waters said.

How to successfully sue ISIS, Hezbollah or the regimes of Iran, Syria and North Korea

Smoke rises as ISIS is run out of towns north of Baghdad, Iraq. For almost 17 years, Nitsana Darshan-Leitner and her legal team of 10 at the nongovernmental organization Shurat HaDin, known as the Israel Law Center in Tel Aviv, have managed to achieve the seemingly inconceivable: successfully sue -- and successfully collect -- hundreds of millions of dollars from terrorist groups and governments on behalf of victims' families. "We have sued groups such as ISIS, Hezbollah, Hamas, Islamic Jihad, the Palestine Liberation Organization (PLO) and the Palestinian Authority and have worked on cases involving the Japanese Red Army and the Kurdish PKK," Darshan-Leitner told Fox News. "We have received judgments against North Korea several times and we have many judgments against Iran and Syria for their involvement in international terrorism. If they are not held accountable, they become further emboldened.

A newly uncovered cyber espionage operation is combining the use of known exploits and attacks with custom-built malware in a campaign which has targeted hundreds of organisations, particularly those in government, finance and energy. Discovered by researchers at Symantec, the new group is called Leafminer and has been operating out of Iran since at least early 2017. The malware and custom tools used by Leafminer have been detected across 44 systems in the Middle East - 28 in Saudi Arabia, eight in Lebanon, three in Israel, one in Kuwait and four in unknown locations - but the investigation into the campaign found a list of 809 targets. Activity by the attackers suggests the goal of the campaign is to steal data, including emails, credentials, files and information on database servers operated by compromised targets. Leafminer uses three main techniques for compromising target networks - watering hole attacks, vulnerabilities in network services and brute-force dictionary attacks which attempt to crack passwords. 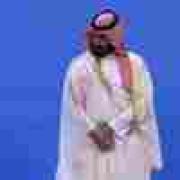