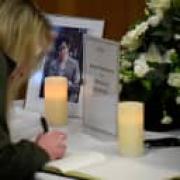 TBILISI - Two runaway Saudi sisters said on Friday they have applied for asylum in Georgia but still feared they could be reached by their family and forced back to the ultra-conservative Islamic kingdom. Immigration authorities in the former Soviet republic offered the siblings assistance and security on Thursday, days after the two made international headlines by pleading online for protection. But the sisters, Maha al-Subaie, 28, and Wafa al-Subaie, 25, said they would rather move to another country where Saudi Arabians cannot visit without a visa. "We are not safe here and we need to leave as soon as possible," they told the Thomson Reuters Foundation from their shared Twitter account @GeorgiaSisters. Georgian authorities placed them in a safehouse guarded by police but the sisters said they feared revenge from relatives whom they accused of beating and abusing them, posting photos of bruises and scratches on social media.

Saudi sisters in Georgia: 'We were treated like slaves'

"We have to cover our face, we have to cook...like slaves. We don't want this, we want real life, our life," says 25-year-old Wafa, the latest woman to flee Saudi Arabia with her sister. Wafa and Maha al-Subaie, 28, are now in the republic of Georgia and are under state protection in a shelter. They had made their case for international help on Twitter, under the account @GeorgiaSisters. The sisters are appealing to the UN to help them get to a third, safe country.

Two Saudi sisters are pleading for asylum, saying they are trapped in the former Soviet republic of Georgia after fleeing their country. This is the latest case of runaways from the conservative kingdom, posting appeals on social media. Using a newly-created Twitter account called "GeorgiaSisters", they identified themselves as Maha al-Subaie, 28, and Wafa al-Subaie, 25. In a video posted on Twitter, Maha says: "We want your protection. We want a country that welcomes us and protects our rights."

The exterior of Apple headquarters is seen before an event to announce new products at the company's headquarters Monday, March 21, 2016, in Cupertino, Calif. Apple and Google are facing criticism for offering an app that lets men in Saudi Arabia track and control the movement of women. The app, called Absher, is listed in Apple's app store and the Google Play store as a Kingdom of Saudi Arabia eServices Mobile Application that lets you "safely browse your profile or your family members, or labors working for you, and perform a wide range of eServices online." Men can use the app to get texts telling them about the movements of their wives and daughters, aspects that have led critics to call for Apple and Google to shut down the apps. "Saudi men can also reportedly use Absher to receive real-time text message alerts every time these women enter or leave the country or to prevent these women from leaving the country," wrote Sen. Ron Wyden, D-Oregon, in a letter sent to both companies this week.

Sen. Ron Wyden (D-Ore.) is asking the chief executives of Apple and Google to immediately stop offering a Saudi e-government app that allows men in Saudi Arabia to track and control the movement of women. In a letter sent to the tech giants Monday, Wyden urged them to prevent their app stores from being used by the Saudi government to continue the "abhorrent surveillance and control of women." Human rights groups are also calling on Apple and Google to consider the abuse and discrimination that the app could fuel. Absher, an app that people can download on the Google Play store and Apple's app store, works as an e-government portal and general services software for the Saudi Interior Ministry. It allows Saudi citizens to process a host of personal status issues such as getting a passport, a birth certificate or vehicle registration.