So what to make of 'Batman v Superman's' box-office plummet?

Few box-office indicators are more confounding than the second-weekend drop. On the one hand, the drop -- the percentage of box-office dollars by which a release falls in its second weekend -- connotes that a film is neither good enough, nor has a fan base deep enough, to sustain itself beyond a strong opening. On the other hand, to have a big second-weekend drop you sort of need a big opening in the first place, so it can't be all bad. This past weekend, "Batman v Superman: Dawn of Justice" suffered just such a drop, falling from its very stellar 166-million opening to 52 million at the domestic box office. That percentage represents the eighth-largest drop in history for comparable films (i.e, those that took in at least 50 million in their opening weekends).

Melissa McCarthy has a chance to bump off Batman and Superman at the box office, again proving the comedic actor's ability to draw big crowds at the multiplex. McCarthy's new Universal Pictures comedy, "The Boss," about a tarnished business mogul trying to redeem herself after getting busted for insider trading, is on track to gross 25 million to 30 million in its opening weekend from the U.S. and Canada, according to people who have seen pre-release audience surveys. That would be a strong start for the raunchy 29-million production and could be enough to unseat "Batman v Superman: Dawn of Justice," which will be entering its third week in theaters. The studio says it would be pleased with an initial gross of 20 million or more for "The Boss." Few box-office indicators are more confounding than the second-weekend drop. 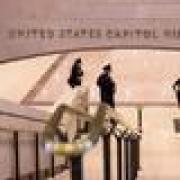 Final box-office figures took a little wind out of the sails of "Batman v Superman: Dawn of Justice." Warner Bros. on Monday revised down the film's weekend gross by 4 million, lowering it from the Sunday estimate of 170.1 million to 166.1 million. Such corrections are common, though the difference for "Batman v Superman" was slightly more than normal and had an effect on the film's place in the record books. The movie's Easter weekend debut now drops a notch on the biggest openings list to seventh, sliding in behind "Harry Potter and the Deathly Hallows Part 2." That film's 169.2 million opening also retakes its place as Warner Bros.' top debut ever. It's nevertheless a massive launch for the poorly reviewed "Batman v Superman," marking the biggest presummer debut.

The Boy Who Lived is still kicking. Warner Bros. latest release -- and a key building block in the fledgling DC Comics Cinematic Universe -- soared to an opening weekend box office total of 166.1 million. It's the second strongest opening in WB's history, falling just short of the 169.2 million record set by Harry Potter and the Deathly Hallows, Part 2 in 2011. SEE ALSO: The Fangirl Returns: 'Batman v Superman' not as bad as feared, still terrible But no one's crying at WB, as BvS claimed plenty of box office records over the weekend. BvS was a hit overseas as well, hauling in a 254 million weekend internationally, for a three-day total of 420.1 million.

The second Dawn of Justice box office weekend plunged mightily as the critical drubbing it took in pre-release caught up with movie-goers. The lack of competing new releases only highlights the problem: Batman v Superman is its own worst enemy. SEE ALSO: 'Batman v Superman' is bad, but there's still time to fix this franchise How else do you explain the 68% dip from a 166 million domestic opening down to an estimated 52.4 million this weekend? The box office take was enough to cement Batman v Superman in the #1 spot for the weekend, but that's a questionable achievement when you look at what it was up against. Newcomers God's Not Dead 2 and Meet the Blacks aimed for different audiences and opened in fewer theaters -- just over 3,300 combined, versus 4,000-plus (including 3D and IMAX) for BvS.