"I want the United States to win through competition, not by blocking out currently more advanced technologies," he added, although he did not explain what blockage the president was referring to. Representatives for the White House could not be immediately reached for comment.

WASHINGTON/SHANGHAI (Reuters) - The U.S. government expanded its trade blacklist to include some of China's top artificial intelligence startups, punishing Beijing for its treatment of Muslim minorities and ratcheting up tensions ahead of high-level trade talks in Washington this week. The decision, almost certain to draw a sharp response from Beijing, targets 20 Chinese public security bureaus and eight companies including video surveillance firm Hikvision, as well as leaders in facial recognition technology SenseTime Group Ltd and Megvii Technology Ltd. The action bars the firms from buying components from U.S. companies without U.S. government approval - a potentially crippling move. It follows the same blueprint used by Washington in its attempt to limit the influence of Huawei Technologies Co Ltd for what it says are national security reasons. U.S. officials said the action was not tied to this week's resumption of trade talks with China, but it signals no let-up in U.S. President Donald Trump's hard-line stance as the world's two biggest economies seek to end their 15-month trade war.

The telecommunications industry is a large, amorphous utility industry. By most people's standards, the industry is very slow-changing and excessively bureacratic. There is a lot of truth to this stereotype, but that is gradually changing. The growing number of telecom companies using big data is one of the biggest reasons for the turnaround. Alexander Graham Bell shouldn't get all the credit for inventing the telecommunications industry.

Phone companies haven't been paying their fair share into the state-run 911 system, potentially costing the state millions of dollars that should have been earmarked for the emergency-call service, according to a lawsuit headed to the Supreme Judicial Court. 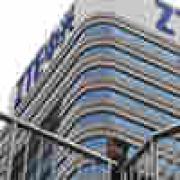