Artificial Intelligence 5: Pareidolia by What The Fuck Is Wrong With You People? • A podcast on Anchor 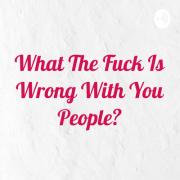 How a proper quarantine would work, and where we are now. This 30 minute special features multiple cuts and interruptions, along with notifications for text messages you will never be able to read, but will try to read as your hand instinctively goes to your phone. This is, afterall, a completely unpaid and free podcast which lacks any and all monetization.

Why We Hear Voices in Random Noise - Facts So Romantic

You may have once seen a giant face in the clouds. Perhaps it took you aback, amused you, or maybe it prompted an "uncanny valley" kind of sensation--realness, but with a lingering unease. It's thought that a similar experience was shared by an early hominid approximately 3 million years ago. Researchers say a rock that bore resemblance to a face was carried, over some four kilometers from where it was probably found, to an Australopithecine home. Known as the Makapansgat pebble, it was found in 1925 in a South-African cave, in what may well have been a camp or dwelling.

Faces in objects are more likely to be perceived as young and male, study finds

From angry handbags to washing machines in distress, humans see faces in all sorts of inanimate objects – a peculiar phenomenon known as'face pareidolia'. Now, researchers in Maryland have found that these faces are more likely to perceived as young and male than old and female. The academics tested nearly 4,000 volunteers with photos to stimulate pareidolia, including images of an'alarmed' teapot, a'relaxed' potato and a'disgusted' green apple on a branch. Participants perceived illusory faces as having a specific emotional expression, age and gender, but they were mostly perceived as young and male by both men and women. Researchers weren't sure why this was, although it's possible humans are more prone to seeing men because we were more exposed to male faces during our earliest stages of development.

In the Garden at Noon - Deep Pareidolia

This collection is an exploration of neural networks and their dreams with the goal of giving the viewer a sense of pareidolia. The code used to generate these dreams was created through my research into visual perception during my PhD. Each piece is unique 1/1. There will only ever be 36 unique pieces created. Deep dream is one of the earliest techniques that was used to interpret what deep convolutional neural networks trained for computer vision tasks "dream" of.

Monkeys can see faces in inanimate things, just like us

Have you ever seen the Virgin Mary in your grilled cheese? Seeing faces in inanimate objects is a common phenomenon. Now it seems that we're not alone in experiencing it – monkeys do too. Pareidolia is the scientific term for erroneously perceiving faces where none exist. To investigate whether pareidolia was a uniquely human experience, Jessica Taubert at the US National Institute of Mental Health in Maryland and her colleagues trained five rhesus macaques to stare at pairs of photos.