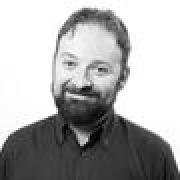 What made human beings civilized? That's the question being answered in Origins: The Journey of Humankind, a flashy eight-part series starring Brain Games host, futurist and filmmaker Jason Silva. It's coming to National Geographic in March -- and we've got an exclusive look at the first six minutes, above. Taking a leaf out of the Neil DeGrasse Tyson Cosmos playbook, Origins is heavy on trippy audio-visual sequences. National Geographic calls the show a "full-sensory time-travel adventure," and hired YouTuber John Boswell, known as Melodysheep, to create the necessary sound and vision.

The Ethics of A.I. Doesn't Come Down to 'Good vs. Evil'

The Artificial Intelligence (A.I.) Brain Chip will be the dawn of a new era in human civilization. The Brain Chip will be the end of human civilization. These two diametrically opposite statements summarize the binary core of how we look at artificial intelligence (A.I.) and its applications: Good or bad? Ethics in A.I. is about trying to make space for a more granular discussion that avoids these binary polar opposites. It's about trying to understand our role, responsibility, and agency in shaping the final outcome of this narrative in our evolutionary trajectory. 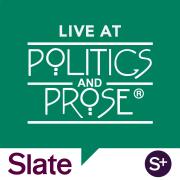 The conference is being held in Katowice, in Poland's coal mining region of Silesia, the source of the fossil fuel that produces some 80 percent of the nation's energy. Duda said there's "no plan today to fully give up on coal" as Poland's supplies can run for another 200 years.

Some ancient relics never cease to pique the interest of modern societies. Sample this: A 4,500-year-old metal figurine, one of the most critical excavations related to the Indus Valley Civilization -- arguably the world's oldest human civilization -- might have been something no archaeologist or historian ever thought before. The "Dancing Girl", a 4.1-inch tall bronze statuette, was long thought to be a toy figurine or perhaps a prop for magic art, but now a paper written by a veteran Indian historian claims that she might have been an avatar of a widely worshiped Hindu Goddess. The Dancing Girl of Mohenjodaro was Parvati, wife of Lord Shiva in Hindu mythology, says this paper published by the Indian Council of Historical Research, according to a report in the Indian Express. If true, this is an addition to the long-standing claims of several right-leaning historians that the Indus Valley Civilization, also known as the Harappan Civilization, was indeed a worshiper of Lord Shiva.