Demand for Saudi Aramco's debut bonds at over $50bn: Sources

Saudi Aramco has received more than $50bn in bids for its debut international bond sale, which had been expected to be in the $10bn region, sources familiar with the matter said. The state-owned oil giant is marketing a US dollar-denominated debt issue split into six tranches with maturities ranging from three to 30 years. One of the sources said demand had gone up to $60bn. That would be the highest order book value since a record issuance by Qatar last year, which attracted around $52bn in orders. Before opening the books earlier on Monday, the Aramco issue - which will be priced on Tuesday - had already attracted over $30bn in demand, Saudi Energy Minister Khalid al-Falih said.

Saudi Aramco was supposed to be the biggest stock market offering of all time. But the Saudi oil giant failed to hit the $2 trillion value set by Crown Prince Mohammed bin Salman. The secretive company has never had to declare its financial reports and it would have been a massive transformation had Aramco gone public. Al Jazeera investigates the reasons behind the failure of the ambitious offering. 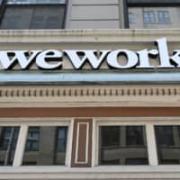 DUBAI, UNITED ARAB EMIRATES – Saudi Aramco is producing more than 9.9 million barrels a day of crude as it fully recovers from the worst ever attacks on its energy infrastructure. Output reached that level on Sept. 25 and is a "little bit" higher now, Ibrahim Al-Buainain, chief executive officer of state-owned Aramco's energy trading unit, said at Fujairah in the United Arab Emirates. Saudi Arabia has also restored some spare capacity following the Sept. 14 attacks, he said. "On the 25th, yes, we reached that target of production," he said. "We produce depending on the market and depending on capacity, so actually we are a little bit higher than this."

Aramco's I.P.O. Will Be Less Gigantic Than Promised

The Saudi government has already had to postpone the offering several times, including last year, when it directed Aramco to buy control of a Saudi petrochemical producer, and earlier this month, when it decided to delay announcing the offering by several weeks to incorporate the oil company's third-quarter financial report, according to the people with knowledge of the matter. It is still possible that the government could change its mind and delay the offering again, these people added. Even at $1.5 trillion, Saudi Aramco would be a colossus on global stock markets, with a capitalization far exceeding that of all its major petroleum rivals combined. Formally known as the Saudi Arabian Oil Company, Aramco was founded in 1933 through an agreement between Saudi Arabia and Standard Oil, and it is widely regarded as a professional, well-run operation. Its huge resources and scale -- it earned $46.9 billion in the first half of the year and produced 10 million barrels a day -- have given it unmatched financial and production advantages.

Saudi Energy Minister Denies Aramco IPO Will Be Called Off

"The government remains committed to the initial public offering of Saudi Aramco, in accordance with the appropriate circumstances and appropriate time chosen by the Government," Energy Minister Khalid al-Falih said in a statement released on Saudi Press Agency.