This year's conference will take place over three days, from Wednesday January 10, 2018 to Friday January 12, 2018, at the beautiful Asilomar Conference Grounds in Pacific Grove, California. Contributed talks will proceed as last year, with each submission consisting of self-contained knitr or Jupyter notebooks that will be made publicly available after the conference. Last year's contributed talks were awesome and we can't wait to see what users will submit this year. If you are interested in supporting StanCon 2018, or know someone who might be, then please contact the organizing committee. The U.S. government's charges against Virgil Griffith are overblown, says one attendee of the North Korean conference that led to the ethereum developer's arrest. The website provides a list of cryptocurrency and bloclchain related events, valid and authentic list of cryptocurrency wallets and Bitcoin mining pools. We also provide rich advertisement campaings to advertise your bussiness on this website.

A Surreal Trip to a Domain-Names Conference

Before NamesCon, I thought of myself as a pretty serious domain names enthusiast. But compared to the die-hard "domainers," I was a dilettante with my measly thirty-some domains, most of which were for one-liner joke sites, art projects, and phrases I just thought would make good domain names. As a person who grew up online during the heyday of weird domain hacks, I mostly thought of domain names as a very niche genre of experimental poetry, one in which radical constraints (availability, brevity, the cadence of an interrupting "dot") produce small, densely packed pockets of internet magic. They were part of what made the web weird--and, with the introduction of a range of new top-level domains (TLDs) since 2012, (1,215 and counting), I was excited about how much weirder things might become. Domain names, done right, can be as resonant as a Jenny Holzer truism or an Ed Ruscha painting, giving life and character to one-liner joke websites, standalone artworks, and political campaigns. 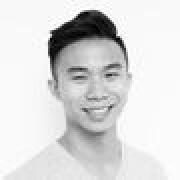 According to Startup Sesame, an alliance of tech events and connectors, every year there are more than 53,000 tech conferences and meetups in Europe. From Trondheim to Moscow to Lisbon, that is a huge number of events; for those in the industry choosing the most relevant conference is one of the challenges of the age. Sometimes, as there is in June this year, a bottleneck of these get-togethers and potlatches makes it even more congested than usual. For others, however, choosing the right conference is easy, especially for those in the WordPress community. Last week, WordPress agencies, developers, bloggers, designers and end-users flocked to WordCamp London, a volunteer-based event that has been running since 2013.