A spokesperson for Melania Trump has called for a boycott of rapper T.I. after he released a video featuring a first lady lookalike stripping in the Oval Office. She dons a jacket that reads, "I really don't care, do u?" in reference to a similar jacket Melania Trump wore earlier this year to visit migrant children in Texas. She recently explained that she wore the jacket to troll reporters. T.I., whose real name is Clifford Harris, tweeted Friday "Dear 45, I ain't Kanye" before sharing the video. Those tweets follow T.I. posting on Instagram that he was done working with rapper Kanye West, who is a President Donald Trump supporter.

This is a rush transcript from "Media Buzz," October 7, 2018. This copy may not be in its final form and may be updated. The press accuses the president of fueling rage to rile up his Republican base, but some liberal pundits are pushing (INAUDIBLE) strategy to fire up their side, and the media debate Republican charges that today's protesters are part of a mob. PRESIDENT DONALD TRUMP: And you don't give power to an angry, left-wing mob, and that's what the Democrats have become. CHRIS HAYES, MSNBC: What they are running on is that they are the last line of defense against you, the angry mob, otherwise known as the majority of the country that disagrees with Republicans. So the angry left-wing mobs you thought you had been watching on television turn out to be merely a hallucination. There are a fever dream concocted by those diabolical magicians over at Fox News! KIRSTEN POWERS, CNN POLITICAL ANALYST: So this idea that this was this crazy out of control mob that was frightening everybody I think is just a storyline that works really well for Republicans. UNIDENTIFIED FEMALE: Before we've seen from the left a pure dysfunction, pure chaos, a party that's willing to do absolutely anything, even destroy an innocent man. KURTZ: Is there a media double standard when it comes to the politics of anger? Nikki Haley stuns the Bellway press corps by abruptly resigning that leads to all kinds of chatter about why she is leaving the U.N. job and why now as the speculation gone overboard. Melania Trump is a rare interview pressed about sexual assault and her marriage on ABC. TOM LLAMAS, ABC NEWS: Do you think men in the news that have been accused of sexual assault or sexual harassment have been treated unfairly? FIRST LADY MELANIA TRUMP: You need to have a really hard evidence that, you know, that if you're accused of something, show the evidence. KURTZ: Plus, is Kanye West wild and crazy Oval Office visit causing some pundits to become unhinged? I'm Howard Kurtz and this is "Media Buzz." The major newspapers have been filled with stories about President Trump using the brutal Brett Kavanaugh confirmation to make his conservative supporters angry, but their op-ed pages are preaching a rather different message. Charles Blow, New York Times: Liberals, this is war. David Leonhardt, New York Times: Get angry and get involved. His lead, if you are not angry yet, you should be.

Kanye West-Taylor Swift Feud: A History Of Their On-Going Battles From The VMAs To 'Famous'

Tensions between Taylor Swift and Kanye West came to a boil on Sunday after an episode of "Keeping Up With the Kardashians" highlighted a recent spat. The Chicago rapper's wife, Kim Kardashian" fanned the flames leading to an all out war -- but this drama runs deep. Until this point Swift and West had not publicly crossed paths. During the 2009 MTV Video Music Awards, the "Style" singer -- just 19 years old at the time -- took to the stage to accept the award for Best Female Video and her life changed. Swift began delivering her acceptance speech, but was interrupted by West, who suggested that Beyoncé should have won.

How Technology Has Transformed, And Complicated, Music Fandom: Interview With Nancy Baym

Music has always been about building, sustaining, and reworking social relationships and institutions. No matter how commercialized it becomes, it can'never be just a product.' This is one of the most incisive and intuitive statements that Nancy Baym makes in her new book Playing to the Crowd: Musicians, Audiences and the Intimate Work of Connection, which was published earlier this month by NYU Press. As an art form, music's fundamental value to its creators and listeners is grounded in emotional connection and fulfillment, which is arguably difficult to nail down with a price tag. Yet we also live in the age of $95 Kanye West hoodies, $250 floor tickets at Madison Square Garden and $1,200 tickets to Burning Man--where A-list celebs and quasi-monopolistic corporations alike are racing to extract maximum commercial value from these same, supposedly priceless connections. To complicate matters even further, modern technology has warped the very nature and scale of those connections in the first place.

Percussionist Jaki Liebezeit of Can, whose 'krautrock' rhythms influenced generations of art-rockers and beat producers, has died 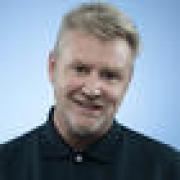 In a 1970 film clip documenting a performance of the song "Mother Sky," drummer Jaki Liebezeit sits upright, lost in rhythm as he propels the influential German rock band Can. He moves as if he were drawing energy from the sun, driving his snare, tom-toms, kick drum, cymbals and high-hat with perpetual motion. Liebezeit died this week at age 78, but the beats he created echo in generations of percussionists and electronic producers inspired by them. A key player in the so-called German "krautrock" movement of the late 1960s and '70s, Liebezeit devised wildly inventive beats that informed the sound of punk, hip-hop and electric dance music. His work with Can has been sampled on recordings by artists including Kanye West, Nine Inch Nails, A Tribe Called Quest, the Flaming Lips, Earl Sweatshirt and many others.