A Newcastle Crown Court trial heard he suffered "Dark Ages" abuse at the hands of a group he thought of as friends. During the seven-week trial, the court heard the group of five, including Mr Prout, had a strange relationship which had developed an almost "cultish dimension". Mr Justice Dove said words could not to do justice to the brutality Mr Prout endured or how they all had betrayed him, saying "what he suffered was beyond imagining". Mr Prout's brother Edward added: "I buried my brother Jimmy on my birthday last year and it was one of the hardest things I've had to do.

Throughout last year's high-profile trial of Owen Labrie, a former student at St. Paul's School in New Hampshire accused of raping a girl as part of a senior tradition, the victim remained anonymous. She didn't even come forward when Labrie was convicted. But on Tuesday, amid mounting legal pressure from the famous private school, she decided to reveal herself. The "Today Show" aired an exclusive interview Tuesday morning with Chessy Prout, now 17. In the clip, she told host Savannah Guthrie she chose to speak out because she wanted to help other rape victims. 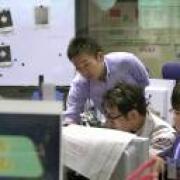 Chessy Prout, an American teenager who spent most of her childhood in Japan, initially felt a sense of powerlessness as the #MeToo movement against sexual harassment and assault gained steam last year. About four years before the movement evolved into a global force, Prout, now 19, was sexually assaulted by one of the most popular senior students at an elite boarding school in New Hampshire. Fast forward to late 2017, and she began to see she was not alone in her experience. But she also felt overwhelmed by the scale of sexual violence. There were "millions of other people who were going through and feeling the same thing as I was feeling and I could do nothing to help them," Prout said in recalling her first reaction to the movement during her recent visit to Tokyo to promote her memoir, which details the assault and subsequent trials. 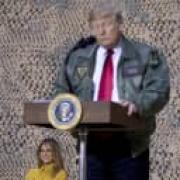 BOSCAWEN, NEW HAMPSHIRE - A New Hampshire prep school graduate convicted of sexually assaulting a 15-year-old classmate reported to jail Wednesday to begin serving the remaining 10 months of his jail sentence. Owen Labrie, 23, turned himself into the Merrimack County jail Wednesday morning, more than a week after a judge refused to shorten his sentence. Reporters waiting outside the jail did not see him enter. Labrie, of Tunbridge, Vermont, was acquitted in 2015 of raping then-15-year-old classmate Chessy Prout as part of "Senior Salute," a game of sexual conquest, at St. Paul's School. But a jury found him guilty of misdemeanor sexual assault charges and endangering the welfare of a child.

A woman has been charged with murdering a man who had not been seen by friends or family for more than a month. Police searching for James Prout, 43, found a body near his Tyneside home on Sunday. He had not been seen since early February but was only reported missing on Good Friday. Anne Corbett, 25, of Percy Main, North Tyneside, is charged with murder. She has also been charged with conspiracy to pervert the course of justice, along with three other people.