Experts at recognizing faces often play a crucial role in criminal cases. A photo from a security camera can mean prison or freedom for a defendant--and testimony from highly trained forensic face examiners informs the jury whether that image actually depicts the accused. Just how good are facial recognition experts? In work that combines forensic science with psychology and computer vision research, a team of scientists from the National Institute of Standards and Technology (NIST) and three universities has tested the accuracy of professional face identifiers, providing at least one revelation that surprised even the researchers: Trained human beings perform best with a computer as a partner, not another person. "This is the first study to measure face identification accuracy for professional forensic facial examiners, working under circumstances that apply in real-world casework," said NIST electronic engineer P. Jonathon Phillips.

Walking around without being constantly identified by AI could soon be a thing of the past, legal experts have warned. The use of facial recognition software could signal the end of civil liberties if the law doesn't change as quickly as advancements in technology, they say. Software already being trialled around the world could soon be adopted by companies and governments to constantly track you wherever you go. Shop owners are already using facial recognition to track shoplifters and could soon be sharing information across a broad network of databases, potentially globally. Previous research has found that the technology isn't always accurate, mistakenly identifying women and individuals with darker shades of skin as the wrong people. 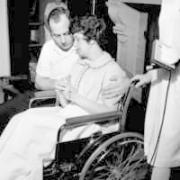 WASHINGTON – Facial recognition systems can produce wildly inaccurate results, especially for nonwhites, according to a U.S. government study released Thursday that is likely to raise fresh doubts on deployment of the artificial intelligence technology. The study of dozens of facial recognition algorithms showed "false positives" rates for Asians and African-Americans as much as 100 times higher than for whites. The researchers from the National Institute of Standards and Technology (NIST), a government research center, also found two algorithms assigned the wrong gender to black females almost 35 percent of the time. The study comes amid widespread deployment of facial recognition for law enforcement, airports, border security, banking, retailing, schools and for personal technology such as unlocking smartphones. Some activists and researchers have claimed the potential for errors is too great and that mistakes could result in the jailing of innocent people, and that the technology could be used to create databases that may be hacked or inappropriately used.

Amazon touts its Rekognition facial recognition system as "simple and easy to use," encouraging customers to "detect, analyze, and compare faces for a wide variety of user verification, people counting, and public safety use cases." And yet, in a study released Thursday by the American Civil Liberties Union, the technology managed to confuse photos of 28 members of Congress with publicly available mug shots. Given that Amazon actively markets Rekognition to law enforcement agencies across the US, that's simply not good enough. The ACLU study also illustrated the racial bias that plagues facial recognition today. "Nearly 40 percent of Rekognition's false matches in our test were of people of color, even though they make up only 20 percent of Congress," wrote ACLU attorney Jacob Snow.