"While the short-term boost could be small, construction investment tends to offer long-term support to the economy." The pain of a small labour pool is made worse by an ageing population. Japanese aged 60 or older now make up about a fourth of the construction industry's skilled workers, while those under 30 are just over a tenth of the total, down from about a fifth in the late 1990s. That means all companies are fighting for workers as the jobless rate hovers at more than two-decade low of 2.2% and the number of job openings for every applicant is near its highest point in 45 years. There were 5.1 million construction workers in Japan as of end-August, a 27% decline from 20 years ago.

The $2,500 answer to Amazon's Echo could make Japan's sex crisis even worse

Japan has a sex problem. The country's birthrate is shrinking year after year, to the point where deaths are outpacing births. 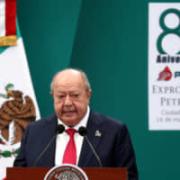 SoftBank Group Corp. is considering a plan to consolidate its Yahoo Japan internet business with the messaging service Line Corp. Z Holdings Corp., a unit of SoftBank's telecom arm formerly known as Yahoo Japan, confirmed Thursday that it's in talks with Tokyo-based Line about a possible merger, but said no final decision on a deal had been made. Line separately said it is considering such a merger along with other opportunities to increase value. Z Holdings shares surged in Tokyo, while Line's stock was poised to climb. SoftBank Corp., the domestic telecom arm of Masayoshi Son's business empire, holds a 44 percent stake in Z Holdings, while Line is controlled by South Korea's Naver Corp. SoftBank is considering setting up a new company with Naver, according to people familiar with the matter who asked not to be identified because the talks are private. They may reach an agreement as early as this month, one of the people said.

The Fifth Generation: Japan's Computer Challenge to the World