Innovation Network Corp. of Japan, a government-affiliated investment fund, said Wednesday it will provide up to ¥75 billion in financial support to Japan Display Inc. INCJ, the top shareholder of Japan Display, decided on the aid as the display maker found it difficult to procure funds for strategic investment on its own due to its slumping earnings amid fierce competition with overseas rivals. In response to the move by INCJ, three major creditor banks of Japan Display will decide whether to revive their ¥60 billion line of credit for the company, sources said. Japan Display will procure ¥45 billion by issuing bonds to INCJ and borrow ¥30 billion from the fund. With the funds, Japan Display will accelerate the development of organic electroluminescence displays. The company also will consider collaboration with U.S. technology giant Apple Inc. and Chinese firms to mass-produce such displays. 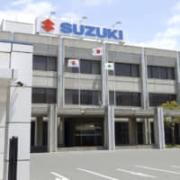 Japan Display Inc. said Monday that China's Harvest Tech Investment Management Co. has notified it that the fund will postpone making a final decision until June 27 on whether to offer financial aid to rescue the struggling Apple Inc. supplier. The move by the fund, part of a consortium that has been considering a capital injection of up to ¥80 billion ($740 million), means Japan Display failed to formally secure the fresh funding ahead of its annual shareholders' general meeting Tuesday. Of the consortium's two other members, Taiwanese panel-maker TPK Holding Co. has dropped out from the bailout plan, Japan Display said in a statement. The other member, Taiwanese private equity fund CGL group, has not notified Japan Display of any decision yet, the display-maker said. Japan Display said Friday it expected a final decision from the consortium by that day, after the Chinese-Taiwanese group had twice delayed confirming what was happening.

Company in China-Taiwan group forgoes assistance to Japan Display, leaving bailout up in the air 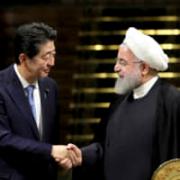 A Taiwanese company that is part of a consortium planning to offer bailout funds to struggling Japan Display Inc. has decided to forgo providing the funds, sources said Saturday. The move deepens uncertainty over whether the maker of smartphone screens and Apple Inc. supplier can be rebuilt. The company was awaiting an investment of up to ¥80 billion ($737 million) from the Chinese-Taiwanese consortium starting later this month. But the consortium, which groups China's Harvest Tech Investment Management Co., Taiwanese panel-maker TPK Holding Co. and a Taiwanese fund, did not give notice by Friday, as had been expected, that it had formally decided on the capital injection. It was not immediately clear which entity decided to back out of the plan.

Japan Display in talks for ¥90 billion injection from private fund 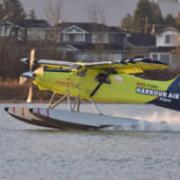 Japan Display Inc. is in talks with private fund Ichigo Asset Management Ltd. about a capital injection of around ¥90 billion that would shore up its ailing finances, sources close to the matter said Thursday. The struggling display-maker said in a statement that it is discussing the deal with Ichigo, adding its board meeting will take up the issue later in the day. If approved, Japan Display will make an announcement as early as Thursday afternoon, the sources said. Japan Display's major client Apple Inc. and others had previously proposed an investment up to $430 million, but the U.S. tech giant is instead now considering a plan to purchase some portions of the panel-maker's facilities in Ishikawa Prefecture for $200 million. Apple's shift in direction is apparently aimed at avoiding dilution of equity in Japan Display and facilitating the investment by Ichigo, the sources said. 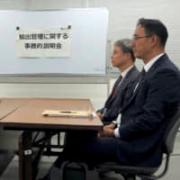 Japan Display Inc. said Friday that it has secured its ¥80 billion ($740 million) bailout package with an extra capital injection from a Chinese fund. China's Harvest Tech Investment Management Co. notified Japan Display of the decision to raise its investment from $300 million to $400 million as part of a share and bond offering, the Japanese display maker said. Japan Display said in late June that the company was still seeking some ¥11.7 billion for the package. The shortage stemmed from the collapse of a Chinese-Taiwanese consortium following the withdrawal of Taiwanese panel maker TPK Holding Co. and Taiwanese private equity fund CGL group after months of negotiations. Japan Display plans to hold an extraordinary shareholders' meeting on Aug. 29 to gain approval to finalize the proposed capital injection.