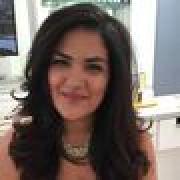 AOL's Park Bench With Steve Buscemi won an Emmy for Best Short-form Variety Series on Sunday, beating titles from fellow digital players Funny Or Die, Maker Studios and Defy Media's ScreenJunkies. AOL, which Verizon acquired for 4.4 billion, has bolstered its efforts in creating video content for each of its individual brands geared towards various audiences. It acquired a minority stake in AwesomenessTV and sealed a joint venture with Hearst in purchasing Complex Media. It also broke into virtual reality with the acquisition of RYOT. Park Bench had been previously nominated for an Emmy in 2014, alongside another AOL original called Future Starts Here. Created by and starring Buscemi, Park Bench follows the actor as he hangs out with various famous friends in New York to discuss people, places and the spirit that embodies the city.

In Praise of The Death of Stalin's Terrible Accents

Imagine Soviet leader Nikita Khrushchev and military commander Georgy Zhukov gathering in a hallway, conspiring in hushed tones. Now imagine that they're played by Steve Buscemi and English actor Jason Isaacs, and they talk like this: ISAACS: What the fuck were you thinking? BUSCEMI: I don't know, OK? And you really have to help me. Isaacs is speaking with a Broad Yorkshire accent while Buscemi sounds like he grew up on the streets of Brooklyn (which, in fact, he did).