Academies of Science finds GMOs not harmful to human health

SAN FRANCISCO -- Genetically engineered crops are safe for humans and animals to eat and have not caused increases in cancer, obesity, gastrointestinal illnesses, kidney disease, autism or allergies, an exhaustive report from the National Academies of Science released Tuesday found. Work on the 388-page report began two years ago and was conducted by a committee of more than 50 scientists, researchers and agricultural and industry experts convened by the National Academies of Sciences, Engineering, and Medicine. It reviewed more than 900 studies and data covering the 20 years since genetically modified crops were first introduced. Overall, genetically engineered (GE) crops saved farmers in the United States money but didn't appear to increase crop yields. They have lowered pest populations in some areas, especially in the Midwest but increased the number of herbicide-resistant weeds in others.

Spraying Mosquitoes by Plane Ain't Perfect, But It's the Best We've Got for Zika 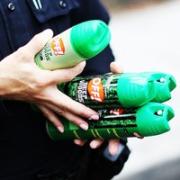 At around 6:40 a.m. last Sunday, a plane swept over a swath of Dorchester County, South Carolina, dispensing very fine droplets of a mosquito pesticide called Trumpet. But that pesticide-dispensing plane happened to fly over uncovered hives of honey bees, and now those bees--more than two million of them--are dead. Some of them lost a significant chunk of their livelihoods, and have set up a Change.org But pesticides--including Naled, the main component of Trumpet--are a big part of the fairly limited arsenal against Zika. As the number of Zika cases has ramped up in the past few months, hard-hit areas like Miami-Dade county have been spraying several times a week on the CDC's recommendation. 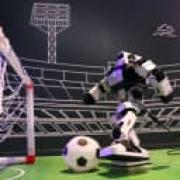 LOS ANGELES - The controversial weed killer Roundup was a "substantial factor" in the cancer of a U.S. man who woke up one day with a lump in his throat and was soon diagnosed with non-Hodgkin's lymphoma, his lawyer said Monday, opening the first U.S. federal trial of its kind. Edwin Hardeman, of Sonoma County north of San Francisco, filed a complaint against Roundup's manufacturer, Monsanto, in early 2016, a year after being diagnosed with the cancer. His is the first case to be heard in a U.S. District Court but follows the groundbreaking case last year of Dewayne "Lee" Johnson. Jurors in a California State Court last August unanimously found that Monsanto acted with "malice" and that its weed killers Roundup and Ranger Pro contributed "substantially" to Johnson's terminal illness. Roundup, a brand owned by German chemical and pharmaceutical giant Bayer after its purchase of U.S.-based Monsanto last year, contains glyphosate that environmentalists and other critics have long maintained leads to cancer.

Over 800 patients sued Monsanto over the past year, claiming that the agrochemical company hid the cancer risk of their popular Roundup products. In a landmark trial on June 18, Dewayne Johnson will become the first patient to take them to court on these allegations. Forty-six-year-old Johnson used their weed killer product 20 to 30 times a year when working at a school district in California from 2012 to 2015. According to his lawsuit, his responsibilities included "direct application of Roundup and RangerPro, another Monsanto glyphosate product, to school properties." He received his non-Hodgkin's lymphoma diagnosis in August 2014, referring to cancer which starts in the white blood cells or lymphocytes.

Monsanto Merger Migraine: Safe Or Not, Roundup Is Toxic for Bayer

In Werner Baumann's world, the truth is one-dimensional, as he likes to put it, based on facts and scientific findings, studies and expert opinions. That's why the head of Germany's Bayer Group has no doubts about the safety of glyphosate. He says he would acquire Monsanto, the American manufacturer of the controversial crop herbicide at any time, "without any ifs, ands or buts." But the world outside Bayer Group views things differently. A large segment of the public considers glyphosate to be toxic and Monsanto itself to be the epitome of evil. Thousands of farmers with cancer have filed lawsuits against Monsanto's new owner, and investors now view Bayer shares as high-risk stocks they don't want to include in their portfolios. This has made the past year one of the most difficult in Bayer Group's 155-year history. The new year could prove to be even more turbulent, and it's possible the situation could grow even more perilous for the company.