CIA chief: Russians will meddle in coming U.S. election, sees no significant decrease in their activity

WASHINGTON – Russian election interference has not stopped and Moscow can be expected to meddle in the 2018 U.S. vote, Central Intelligence Agency Director Mike Pompeo said in an interview published Monday.

While You Are Tweeting About the Nunes Memo, Russia Is Plotting Its Midterms Attack

It is working--the Trump-GOP campaign to distract attention from the Russia scandal. And this is placing the nation--literally and seriously--at risk. For the past week or so, the big kerfuffle dominating the news related to Russia has been over the memo--a classified memorandum drafted by the Republican staffers of the House Intelligence Committee that claims the FBI inappropriately used the now infamous Steele dossier in an application for a super-secret warrant authorizing surveillance of a Trump campaign foreign policy adviser named Carter Page. Democrats on the committee contend that the memo cherry-picks facts and is misleading. The FBI and the Justice Department oppose its release, noting that such a disclosure would reveal important national security secrets. 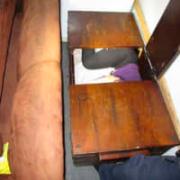 WASHINGTON – Secretary of State Mike Pompeo said Tuesday that any foreign interference in American elections is "unacceptable" and warned Russia and others that the Trump administration will protect the integrity of the vote. In wide-ranging talks with his Russian counterpart, Sergey Lavrov, that also included disputes over arms control agreements, Ukraine, Syria and Venezuela, Pompeo said at a joint news conference at the State Department that the administration would counter interference in elections past and future. Before meeting with President Donald Trump at the White House, Lavrov repeated Russian denials of interference in the 2016 presidential election. He said the conclusion by the U.S. intelligence community that Russia intervened in favor of Trump was "baseless." "I was clear: It's unacceptable, and I made our expectations of Russia clear," Pompeo said of election interference. 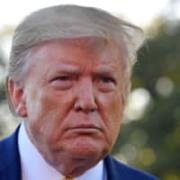 WASHINGTON – U.S. Secretary of State Mike Pompeo on Tuesday suggested that Ukraine should be investigated over allegations that it interfered in the 2016 election, a debunked theory advanced by President Donald Trump that witnesses told the congressional impeachment inquiry was spread by Russian spy agencies. Pompeo was asked at a news conference if the United States should probe accusations of Ukrainian election meddling that Trump's fellow Republicans have raised in the Democrat-led U.S. House of Representatives probe into whether Trump abused his power for domestic political gain. "Any time there is information that indicates that any time any country has messed with American elections, we not only have a right but a duty to make sure that we chase that down," Pompeo replied without naming Ukraine. He added that even a suggestion of interference should be probed. Pompeo said that in his first administration post of CIA director, the agency used "every tool of American power" to deal with efforts by many countries and groups to "undermine American democracy."

Secretary of State Mike Pompeo said President Donald Trump "understands" that the Russians interfered in U.S. elections in 2016 -- and fired back at criticism that the president appeared weak at this week's summit with Russian President Vladimir Putin. "I think those allegations are absurd," Pompeo told Fox News' Shannon Bream during an interview Thursday night on "Fox News @ Night." Pompeo asserted that Trump has been "relentless" against Russia, and subtly criticized the media for overdramatizing its coverage of the Helsinki meeting. "This administration has been relentless in its efforts to deter Russia from its bad behavior. We inherited a situation where Russia was running all over the United States.