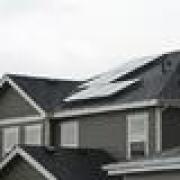 The U.K.-based foundation that awarded a Palestinian schoolteacher a 1 million prize for preaching nonviolence is sticking by its choice following revelations that the woman's husband participated in an attack that killed at least six Israelis three decades ago. Earlier this month, the Varkey Foundation awarded Hanan al-Hroub its Global Teacher Prize. In its selection, it cited her slogan "No to Violence" and her efforts in protecting Palestinian schoolchildren from the effects of living in a conflict zone. She had developed a book called "We Play and Learn" focusing on the importance of playing, trust, respect, honesty and literacy. However, her husband, Omar, served time in Israeli prison, convicted as an accomplice in a bombing attack that killed six Israelis as they were walking home from sabbath prayers in the West Bank city of Hebron in 1980.

In this paper we study the sequential strategic interactive setting of two-person, two-stage, seller-offers bargaining under uncertainty. We model the epistemology of the problem in a finite interactive decision-theoretic framework and solve it for three types of agents of successively increasing (epistemological) sophistication (or, capacity to represent and reason with higher orders of beliefs). In particular, we remove common knowledge assumptions about the agents' epistemology which, if made, would be sufficient to imply the existence of a, possibly unique, game-theoretic equilibrium solution. In this context, we present a characterization of a monotonic relationship between an agent's optimal behavior and its beliefs under a particular moment-based ordering. Further, based on this characterization, we present the \emph{spread-accumulate} sampling technique -- a method of sampling an agent's higher order belief by generating evenly dispersed" beliefs for which we (pre)compute offline solutions. Then, we present a method for approximating higher order prior belief update to arbitrary precision by identifying a (previously solved) belief closest" to the true belief. In addition, these methods directly suggest a mechanism for achieving a balance between efficiency and the quality of the approximation -- either by generating a large number of offline solutions or by allowing the agent to search online for a closer" belief in the vicinity of best current solution.

A London teacher who raised £100,000 for survivors of the Grenfell Tower fire and who plays top-level football has been named in the top 50 shortlist for the annual Global Teacher Prize.

Parents in the UK are much less likely to spend more than an hour per day helping with their children's homework compared with parents in other countries, a survey suggests. A survey of 27,830 parents in 29 countries found only 11% of UK parents spent an hour per day helping their children, far behind 62% in India. But 87% of UK parents valued the quality of their children's teachers. This was among the highest levels of any of the surveyed countries. Kenyan parents had the most positive view of their teachers, with 92% rating them as good.

DUBAI, UNITED ARAB EMIRATES – A Canadian schoolteacher whose teaching philosophy underscores hope and acts of kindness in an isolated corner of Quebec won a $1 million prize Sunday in what has become one of the most-coveted and high-profile awards for teaching excellence. Maggie MacDonnell was awarded the annual Global Teacher Prize during a ceremony in Dubai, United Arab Emirates, beating out thousands of applicants from around the world. The prize was established three years ago to recognize one exceptional teacher a year who has made an outstanding contribution to the profession, employs innovative classroom practices and encourages others to join the teaching profession. Dubai ruler Sheikh Mohammed bin Rashid Al Maktoum was on hand to present the prize to MacDonnell. Her name was announced by French astronaut Thomas Pasquet in a video message from the International Space Station.