Tesla will partner with French renewable energy company Neoen to build the 100-megawatt battery farm in South Australia state. Tesla and SpaceX CEO Elon Musk says the government should consider regulations for artificial intelligence because it poses "a fundamental existential risk for human civilization." Musk made the comments over the weekend during the National Governors Association's summer meeting in Providence, R.I. Musk says AI is the "scariest problem" because of its potential to harm humans beyond just disrupting the job market. Musk wants the government to set regulations in place to root out threats early. "AI is a rare case where I think we need to be proactive in regulation than reactive," said Musk. "By the time we're reactive in AI regulation, it's too late." 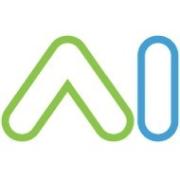 US Military Releases Its Artificial Intelligence Strategy … The American military wants to expand its use of artificial intelligence, or AI, for war.

The US Department of Defense (DoD) has released a document to summarise the 2018 strategy for artificial intelligence (AI) in response to the US President Donald Trump's signing an executive order to launch the American Artificial Intelligence Initiative. Released on 12 February the strategy states that the DoD has outlined the Joint Artificial Intelligence Center (JAIC) as the focal point for carrying out the strategy. As well as enabling consistency of approach, technology, and tools, the work of JAIC will complement the efforts of the Defense Advanced Research Projects Agency (DARPA), DoD laboratories, and other entities focused on longer-term technology creation and future AI research and development (R&D). For analysis on this article and access to all our insight content, please enquire about our subscription options at ihsmarkit.com/janes

In science news around the world, China's largest research funding agency expresses support for the goals of Plan S, the push by European science funders for immediate open access to research publications. For the second year in a row, carbon dioxide emissions from fossil fuels are projected to hit a new high, growing 2.7% this year. NASA's Voyager 2 probe becomes only the second humanmade object to enter interstellar space. Empathy expert Tania Singer resigns as director of the Max Planck Institute for Human Cognitive and Brain Sciences in Leipzig, Germany, after a commission confirmed allegations of bullying. Dozens of African researchers are denied visas for an artificial intelligence (AI) meeting in Montreal, Canada, even as the Canadian government takes steps to advance the country's standing in AI.