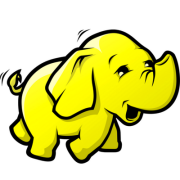 The Apache Software Foundation has announced version three of the open source software framework for distributed computing. Apache Hadoop 3.0 is the first major release since Hadoop 2 was released in 2013. "Hadoop 3 is a major milestone for the project, and our biggest release ever," said Andrew Wang, Apache Hadoop 3 release manager. "It represents the combined efforts of hundreds of contributors over the five years since Hadoop 2. I'm looking forward to how our users will benefit from new features in the release that improve the efficiency, scalability, and reliability of the platform." Apache Hadoop has become known for its ability to run and manage data applications on large hardware clusters in the Big Data ecosystem.

In this post I will share some tips I learned after using the Apache Hadoop environment for some years, and doing many many workshops and courses. The information here considers Apache Hadoop around version 2.9, but it could definably be extended to other similar versions.

Apache Hadoop 3.1.0 released. And a look back! - Hortonworks