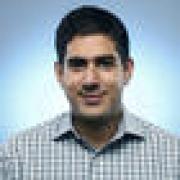 When Stanford University energy economist Danny Cullenward looks at California's policies on climate change, he sees a potential time bomb. The state wants to slash greenhouse gas emissions so deeply in the coming years that oil refineries and other industries could face skyrocketing costs to comply with regulations, driving up gasoline prices until the system loses political support. If that happens, an effort touted as an international model for fighting global warming could collapse. Not everyone agrees with Cullenward's assessment, but it reflects how experts, officials and lawmakers are starting to reckon with the state's steep ambitions and the understanding that its current policies may no longer be adequate. Although California has been gliding toward its initial goal of reducing emissions to 1990 levels by 2020, it must cut an additional 40% by 2030 under a law signed by Gov. Jerry Brown last year.

In his first year in office, Gov. Gavin Newsom vowed to protect Californians against hazards and pollutants from oil and gas production. Now the governor is facing increasing pressure to make good on his promise after efforts in the Legislature to mandate health and safety buffer zones around oil and gas wells and refineries failed amid fierce opposition from the petroleum industry and trade unions. Legislation to put in place minimum setback distances between the wells and residential areas, along with public places such as schools and playgrounds, failed passage in a state Senate committee last week. The proposal faced a rough go from the outset, with resistance coming from Republicans and some pro-labor and Central Valley Democrats, underscoring the continued political muscle of California's billion-dollar oil industry -- even in a deep blue state known for enacting aggressive environmental protections. In November, Newsom administration officials said the Department of Conservation would "consider the best available science and data" to determine if health and safety buffers were warranted around wells, stopping short of the mandate for setbacks included in the ill-fated legislation, Assembly Bill 345. "The ball is in Gov. Newsom's court to protect Californians from oil industry pollution," said Kassie Siegel, director of the Climate Law Institute at the Center for Biological Diversity.

For Assemblyman Eduardo Garcia, global warming conjured images of stricken polar bears floating away on melting ice sheets, a problem with little relevance to a politician from California's bone-dry Inland Empire. But while attending the United Nations conference on climate change in Paris last year, he heard a new conversation about helping the world's poor, polluted communities -- places that sounded a lot like his own district. "I don't consider myself a climate change activist," the Democrat said. "I consider myself an advocate for my community." But there was a hitch when he returned to Sacramento to push a new propsal.