While Leslie's piece leaves the impression that cap-and-trade does not apply to refineries, California Air Resources Board data show refineries are significantly reducing greenhouse gas emissions under the state's system. Refineries also must comply with California's Low Carbon Fuel Standard, which regulates the carbon content of fuels, and are subject to a number of state and regional regulatory programs.

Portugal Ditched Fossil Fuels for 4 Days. Can We Go Longer?

Still, wind and solar panels together account for just 4 percent of the total power supply. Though the coal industry has been on the decline in some places, the world is still largely reliant on fossil fuels to generate power. Efforts to cut planet-warming greenhouse gases depend markedly on the power sector, which accounts for about 42 percent of all energy-related carbon emissions. Nuclear plants can contribute to the clean-energy bottom line, but they face opposition over waste and safety issues, as well as political and economic headwinds.

Gov. Jerry Brown has won praise for promising that California will live up to the Paris accord despite President Trump's withdrawal from the treaty. He also signed a climate deal with China last month, and has unveiled plans for a global climate summit in San Francisco next year. Earlier this week, California lawmakers voted to extend the state's cap-and-trade program for another 10 years. The message is clear: With a few other states, California is going it alone -- an approach that is popular locally and resonates with much of the world. But, while Brown should be commended for showing leadership where Trump has not, the truth is that California's plans for fulfilling the Paris accord and its carbon-cutting commitments will be expensive for the state while achieving slightly more than nothing for the planet. 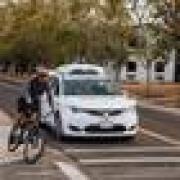 As political leaders and scientists from across the world gathered for a major conference on climate change in Europe, the Syrian government announced Tuesday that it would finally sign the Paris climate accord -- two actions that highlight the Trump administration's outlier position on climate change. Syria's action would leave the United States as the only United Nations member to not abide by the Paris accord, if the U.S. follows through on President Trump's threat to leave the pact. The role of California and Gov. Jerry Brown in the fight against climate change also took a higher profile Tuesday at a conference here devoted to the issue. Miguel Arias Cañete, the European Union commissioner in charge of energy and climate action, and other EU leaders met with Brown to discuss ways that their region could work more closely with California to combat climate change. Brown also announced that California and the European Union would begin discussions about possibly creating a common carbon market to cut greenhouse gas emissions.

A 1991 public documentary produced by Shell, in which the oil giant acknowledged the dangerous effects of climate change and the fossil fuel industry's role in accelerating "ferocious" climate patterns globally, has resurfaced this week. "Faced with such a disturbing scenario, governments are having to consider their response," the narrator said in the film. "Global warming is not yet certain, but many think that the wait for final proof would be irresponsible. Action now is seen as the only safe insurance." The documentary also explored the power of alternative energy sources, including wind and solar powers, while predicting the devastating consequences manmade global warming might have on flooding, climate refugee populations, and more.