Could Artificial Intelligence Spell the End of Independent Filmmaking?

Click here to read the full article. The following essay was produced as part of the 2019 Locarno Critics Academy, a workshop for aspiring film critics that took place during the 72nd edition of the Locarno Film Festival. Artificial intelligence is everywhere: It can drive a car, chat with customers, or help patients with neuronal damage to recover their potential. But if data-assisted moviemaking can help predict a movie's outcome, what room is there left for artistic freedom? At this year's Locarno Film Festival, Sami Arpa, CEO and co-founder of Largo Films, a startup based in Lausanne, Switzerland, and creator of the LargoAI technology, shared his insight about the evolution of this maybe-not-so-unnatural union.

The world around us is changing fast. Already, all of us are increasingly relying on computers to help us with all aspects of our day-to-day lives. With the use of smart devices such as phones, tablets, watches, and TV's, computers are automating many of the processes is that help speed up and improve the way we live our lives. The science of artificial intelligence has been explored rigorously over the years in film. Movies such as Ridley Scott's Blade Runner, Steven Spielberg's AI, Stanley Kubrick's 2001: A Space Odyssey, and Ex Machina have all focused on artificial intelligence and how we humans will live alongside it.

It was the memory of the Cannes Critics Week hosted by Filmex at the Los Angeles County Museum of Art in November 1974 that inspired critic and programmer Robert Koehler to do something similar. As a UCLA freshman, he covered the festival for the Daily Bruin. "I've been waiting since then for someone to import a program from a major, world-class festival to the city. It was way overdue," says Koehler. He noticed that Jordan Cronk, a fellow critic and founder of Acropolis Cinema, was screening many titles that debuted at Switzerland's Locarno Festival, an international platform for exciting and outré cinema for seven decades.

The Locarno Film Festival will give its 2016 tribute award for independent producers, the Premio Raimondo Rezzonico, to David Linde, chief executive of Participant Media. Running this year from August 3-13 in Locarno, Switzerland, the festival has become one of the key stops on the annual international circuit thanks to its savvy programming and summer position after Cannes, which starts this week, but before the crush of fall festivals including Venice, Telluride, Toronto, New York and L.A.'s AFI Fest. "David Linde's eclectic career and take on film is a perfect fit for the spirit of exploration that drives the Locarno Festival," said festival artistic director Carlo Chatrian in a statement. "In all his ventures, whether working with the majors or independent production companies, Linde has established himself as having a keen eye for the most original voices in cinema. "Cinema, today more than ever, needs people like him," continued Chatrian's statement, "people who are able to bring disparate worlds together, giving unique stories the universality that cinema can offer."

'Hermia & Helena,' 'Rat Film' among the highlights of Locarno in Los Angeles 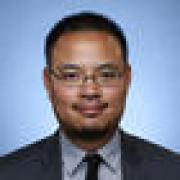 Every August, a few weeks before the Venice and Toronto film festivals roll out their red carpets and awards contenders, audiences descend on the Swiss town of Locarno for an 11-day cinematic banquet that has become prized for its formal innovation, its aesthetic adventurousness and its appeal to hard-core cinephiles. Often resistant to narrative convention or easy genre classification, these are movies that, for the most part, rarely travel to Los Angeles art-house venues -- a reality that speaks to the languishing state of independent and foreign-language film distribution in the U.S., but also to a neglected L.A. film culture that often feels more hindered than helped by its proximity to Hollywood. Locarno in Los Angeles, an adventurous sampler of films from the 2016 edition of the festival, represents a hopeful reversal of this trend. Curated by the L.A.-based critics Jordan Cronk and Robert Koehler, and presented at the Downtown Independent, this weekend-long program of 10 features and five shorts offers a jolting antidote to the mid-spring blockbuster blues, as well as a welcome reminder that cinema isn't just a global medium; at times, it can be downright otherworldly. The program gets off to a pleasing start on Friday night with "Hermia & Helena," the latest Shakespearean riff from the New York-based Argentine director Matías Piñeiro.