Advances in artificial intelligence (AI) have created new threats to the privacy of people's health data, a new University of California, Berkeley, a new study shows. Led by University of California Berkeley engineer Anil Aswani, the study suggests current laws and regulations are nowhere near sufficient to keep an individual's health status private in the face of AI development. The research was published Dec. 21 in the JAMA Network Open journal. The findings show that by using artificial intelligence, it is possible to identify individuals by learning daily patterns in step data, such as that collected by activity trackers, smartwatches and smartphones, and correlating it to demographic data. The mining of two years' worth of data covering more than 15,000 Americans led to the conclusion that the privacy standards associated with 1996's HIPAA (Health Insurance Portability and Accountability Act) legislation need to be revisited and reworked.

The Fight for Patient Privacy Under Big Data Analytics

A viewpoint review published in JAMA examined the adequacy of the Health Insurance Portability and Accountability Act (HIPAA) in the "big data" era of MyHealthEData and similar electronic record systems. Introduced by the Trump administration in March 2018, the MyHealthEData initiative seeks to broaden patient access to electronic health records and insurance claims information. MyHealthEData and similar electronic systems allow patients to share health information at their discretion, an approach which may enable individuals to identify optimal treatment plans and network with health services. However, the digital sharing of health-related information raises new privacy concerns, not the least of which is the prospect of "invasive marketing" and "discriminatory practices that evade…law." In the present day, the authors assert, HIPAA-protected data owns a "diminishing share" of health information stored electronically, and privacy regulations should be amended accordingly. 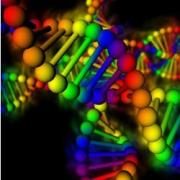 One of the formidable challenges healthcare providers face is putting medical data to maximum use. Somewhere between the quest to unlock the mysteries of medicine and design better treatments, therapies, and procedures, lies the real world of applying data and protecting patient privacy. "Today, there are many barriers to putting data to work in the most effective way possible," observes Drew Harris, director of health policy and population health at Thomas Jefferson University's College of Population Health in Philadelphia, PA. "The goals of protecting patients and finding answers are frequently at odds." It is a critical issue and one that will define the future of medicine. Medical advances are increasingly dependent on the analysis of enormous datasets--as well as data that extends beyond any one agency or enterprise.

Investment into the digital health market topped 4.5 billion in 2015, and we are seeing an acceleration of investment in 2016. According to StartUp Health, investment into the digital health market for the first half of 2016 reached 3.9 billion. Early-stage innovation made up more than 65% of deals, with the majority of investment capital it going into Series A rounds. As of July, patient and consumer products, which include wearables, are leading with over 960 million invested in this sector, followed by wellness at 854 million, personalized health at 524 million, big data/analytics at 406 million and workflow at 328 million. Digital health research and population health are at the bottom of the start-up health company's list, with 65 million and 55 million, respectively. It's no surprise that we are seeing digital health M&A activity coming from tech giants such as Google, Apple and IBM.

Health data hacks have surged by 50 percent in less than a decade, study finds

Your health data is vulnerable, and getting less secure every year since medical records started going digital, a new report reveals. In 2010, most Americans were obsessing over Angry Birds and how many of Facebook's 550 million friends were theirs. But in the basements of hospitals and the backrooms of doctor's offices, a slower, messier and, as it turns out, less secure changing of the technological guard was happening. A 2009 legal change was pushing medical records into electronic filing systems, and the process opened up the opportunity for 200 health data breaches. But a new analysis reveals the security problem has only gotten worse in the years since.