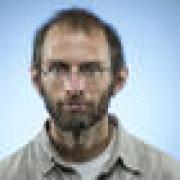 Denver Broncos cornerback Aqib Talib warned Oakland Raiders receiver Michael Crabtree not to wear a gold chain in front of him. After an incomplete pass thrown in Crabtree's direction during the first quarter, Talib seemed to give the Raiders receiver a little shove. Crabtree appeared to respond by bumping helmets with the Broncos cornerback, and that's when Talib gave his opponent's neckware a hard yank, which looks to have broken the piece of jewelry. "He's just been wearing that chain all year. It's just been growing on me," Talib said after the Broncos' 24-6 victory.

The fight during Oakland's 21-14 win on Sunday was a continuation of a dispute that started last season when Talib ripped Crabtree's chain off during the season finale. Crabtree missed the first game between the teams this year but didn't wait long to seek revenge.

"Westworld" from HBO and "The Handmaid's Tale" from Hulu might sound like two completely different shows, but costume designer Ane Crabtree, who is responsible for the outfits of both shows, believes there are actually some similarities between the two.

Early in the first quarter of today's AFC West matchup between the Oakland Raiders and the Denver Broncos, chaos ensued, resulting in three ejections to start the game. Raiders wide receiver Michael Crabtree was blocking Broncos cornerback Aqib Talib on a routine Marshawn Lynch run when Crabtree blocked him out of bounds, resulting in punches being thrown by both players.

You deliberately ripped your opponent's chain from his neck just as you did last year when you played against him,