Your Complete Guide to the Ever-Ballooning Marvel Cinematic Universe

The Marvel Cinematic Universe just keeps expanding. The population of superheroes is now big enough that they choose sides against each other in Captain America: Civil War. With so many characters in so many shows (like Agents of S.H.I.E.L.D and Daredevil) and so many movies (like Guardians of the Galaxy and the upcoming Doctor Strange), you need a field guide to keep everything straight. So if you're wondering how Daredevil, Blade, and the Inhumans interrelate or desperately need to know the difference between the street-level universe and the cosmic one, we've got you covered. Just don't ask why Marvel's given the world two different Bruce Banners in the space of a decade.

Robert Downey Jr. may be hanging up his super suit and give up playing Iron Man in the Marvel Cinematic Universe sometime soon. The 52-year-old star recently addressed his future within the ever-growing world of Marvel heroes being brought to the big, and small, screen. Downey Jr. took on the role of Tony Stark in 2008, and his "Iron Man" installments have been a smash hit, but he said in a recent interview he is worried that remaining in the role for too long could tarnish Stark's legacy. I could have said when the first'Avengers' came out: 'It's never going to get any better than that. But to me, it's always about people and opportunities, like the ('Avengers' directors Anthony and Joe) Russos, who I adore," he told News Corp Australia Network.

Brie Larson will step into the Marvel Cinematic Universe in 2019 when she plays Captain Marvel, and the "Glass Castle" actress has some thoughts about who she wants to see the superhero fight. It turns out, she doesn't have a villain in mind. "I don't know, I mean I do kind of have fantasies of battling the Hulk. It's just visually so good," the actress admitted to USA Today. That isn't who Larson will be battling in "Captain Marvel," though. 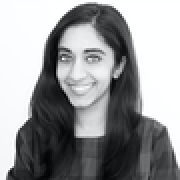 Star Wars actor John Boyega revealed at AwesomeCon that he's been in talks with another crucial part of the Disney family: Marvel Studios. Boyega teased that he spoke to the team about a potential role in the Marvel Cinematic Universe, which we're pretty sure would cause a singularity and swallow us all. SEE ALSO: Everything you need recapped about the Marvel Cinematic Universe before'Avengers: Infinity War' The actor discussed this and more at a panel about Pacific Rim: Uprising during the D.C. convention. It all started with a discussion about... Okay, so Boyega shut this down pretty definitively, but the image will haunt us forever. At least consider it as a Comic-Con look, John?