We demonstrate the conversational Chatbot platform named Chatti which supports developers with a tool to develop their chatbot easily without full understanding technologies inside a conversational chatbot. To develop a chatbot with Chatti, a developer inputs customized domain data and deploys his Chatbot with a tool. Then users can interact with the Chatbot based on natural language conversation via messengers and so on. Chatti includes natural language understanding, dialog management, action planning, natural language generation and chitchat component which run on g models learned from developers' input data as in common in conversational assistants such as Bixby, Siri, Alexa and etc. With Chatti, the developer could make his Chatbot support two types of conversation simultaneously – basic chitchat and task-oriented dialog. In contrast to prior chatbot building tools are mainly focused on the Natural Language Understanding, Chatti is more focused on full dialog system – dialog management, action planning, natural language generation and chitchat. We believe Chatti could accelerate a wide possibility of conversational Chatbot for services as well as IoT devices. 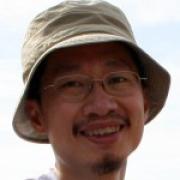 Acobot LLC, an artificial intelligence startup, announced a new release of its artificial intelligence Aco, featuring the capability of self-learning from free-form text such as web pages and creating conversational AI chatbots, which are ready to work as virtual agents for customer support automation, without any further training by a human. Conversational AI and chatbots are often mentioned as today and tomorrow in the tech circles. For businesses, the efficiency and cost savings derived from the chatbot's interacting with customers is attractive. As a result, more and more businesses include a chatbot with their website in the recent years. However, lacking in natural language processing (NLP) support, most of those chatbots only accept clicks or match answers by keyword, resulting in poor performance.

Chatbots and conversational agents were some of the first AI applications to be developed -- MIT professor Joseph Weizenbaum created ELIZA in 1964 as a way to test the progression of realistic machine-to-human conversational interactions. Chatbots have evolved significantly from these early days but still are primarily text- or voice-based applications that respond back and forth to humans engaging in natural language dialogue. Within the last decade, companies have looked to apply these chatbots and conversational interfaces to a wide range of applications: from customer support and assistant-enabled commerce to new interfaces in automobiles and devices. Conversational interfaces reduce the complexity of the interface, provides constant service and support and feels more natural for human interaction. Simply put, people like to talk more than click or swipe.

Why chatbots may be the glue that holds IoT together

As smart as today's conversational interfaces appear to be, when Alexa can't distinguish what the word "it" refers to in a sentence, how valuable is she really? Chatbots should be more than a party trick; and at this stage, many of their use cases leave much to be desired. But repairing their conversational shortcomings could create value where we never thought possible, and potentially be the engine that drives the IoT landscape forward. Machines don't understand context the way humans do, and solving this problem is the next step towards creating an interface that's truly conversational. Luckily, progress in machine learning and natural language processing is giving new meaning to "conversational" devices.

4 Simple Rules to Make AI Chatbots a Force for Good

Chatbots are still considered an emerging technology, but their use is rapidly expanding among all businesses. Because chatbots offer many benefits, including better customer experiences, increased customer engagement and increased sales and conversion rates. Also, with the advancement of artificial intelligence, machine learning and natural language processing, chatbots are poised to become more and more intelligent -- which means even more businesses will adopt them. Business Insider experts predict that by 2020, 80 percent of enterprises will use chatbots. We don't quite know why the other 20 percent is shying away, but we hope the realization dawns upon them soon.