5 Reasons Mooncop Will Be Your New Favorite Graphic Novel 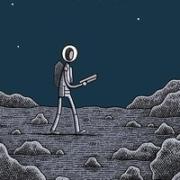 Just the title of Tom Gauld's new book suggests action and adventure, lunar style: "Mooncop! But the reality is something altogether different. The graphic novel is actually far more subtle, amusing, and haunting than its title suggests. Inspired by old-school toys and Star Wars, it comes complete with both fun, pathos, and wonderful art. Here are five reasons this graphic novel will be your new favorite thing.

The Role of AI in the future of Business Intelligence

Marketers use AI to generate individualized recommendations and automatic order fulfillment. The list is virtually infinite. A host of services taken for granted today, from credit card fraud detection to email spam filters to predictive traffic alerts to personalized reminders, wouldn't be possible without AI. One area where AI is used extensively is business intelligence. Enterprises leverage deep learning algorithms to spot behavioral patterns likely to lead to sales, use cues from IoT sensors for predictive maintenance and inventory optimization and do more.

The artist Tom Gauld is, for many British readers, a familiar presence. Gauld lives in London and draws weekly for the Guardian and New Scientist, where his strips have become known for their wry, playful erudition. We recently talked to Gauld about his work, his productivity, and how he manages to get through the winter. Your image contrasts a lush indoor setting with a drab outside. Do you spend much time outdoors?

Organisations are increasingly adopting cloud-based applications to reduce costs and give them the scalability and agility to transform in an increasingly fast-evolving business landscape. Through doing so they are generating a large amount of data that could provide actionable insights, but few are implementing data analytics strategically. The most innovative companies in the world, including Facebook, Amazon, Netflix and Google, are not only underpinned by the cloud, but recognise that their whole business model is based upon data. Indeed, Netflix said in 2016 that its cloud-based recommendation engine, powered by user data, is worth more than $1 billion annually. Closer to home, Ocado has disrupted the saturated supermarket industry by placing cloud data and automation at the core of its proposition, and even productised much of its technology stack for sale to other retailers.

Privacy advocates have failed to engage on My Health Record

If only three percent of Australians are opting out of My Health Record, it would seem that privacy advocates have made little difference. Despite all the noise, so far the opt-out rate appears to be the same as in the UK and Austria. Privacy advocates have, broadly speaking, failed to get their messages into the mainstream media, or their messages have failed to resonate with "ordinary Australians", or if Australians have understood those messages they've failed to be persuasive. The government's media budget has obviously been a factor. Their paid media spend has been increased from AU$4.8 million to AU$5.454 million.