What the ML Patent Application Boom Means for Tech

There has been a surge in applications of machine learning over the last few years as companies look for ways to leverage big data in their products and services. That has corresponded with a big increase in another type of machine learning application – i.e. those sent to the United States Patent and Trademark Office for protection. But the ramifications of the machine learning-patent uptick are not yet clear. Statistical and anecdotal evidence suggests we're in the midst of major upswing in patent protection requests for machine learning inventions. While hard numbers can be tough to come by due to intricacies of the USPTO process (and the fact that it will conceal applications upon request), several researchers have identified what they see as a surge in interest in protecting machine learning products over the past several years.

The implications of the patent system for information and communication technologies (ICT) has been a focus of debate in recent years. One representative example is the smartphone dispute between Apple and Samsung, which led to over 40 international lawsuits over their design and utility patents between 2012 and 2014. Patents are intended to provide incentives for innovation by granting inventors temporary monopoly rights to profit from their inventions. Therefore, the patent system has the potential to promote new technology development and economic growth. However, ICT products often consist of interlocking inventions.

Could Star Trek's DATA Be a Patent Inventor?

Most of us know that DATA, the beloved android from Star Trek, The Next Generation, is an artificial intelligence (AI) life form from the distant future with a high capacity to problem solve and innovate. But, if DATA were present today and invented a new technology, could he be an inventor on a patent for his invention? The question of whether AI can legally be an inventor on a patent was recently addressed by the European Patent Office (EPO) and The United Kingdom Intellectual Property Office (UKIPO). The same question is still being evaluated by U.S. Patent and Trademark Office (USPTO) along with solicitation for comments to the patent community. A group from the University of Surrey, in the United Kingdom (UK), recently challenged the definition of "inventor" in Europe and the United States by filing two separate patent applications designating an AI entity as an inventor.

Who owns what Artificial Intelligence creates? 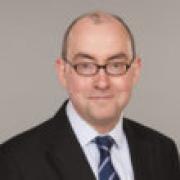 In October last year, for example, AI-generated art hit the headlines when auction house Christie's New York sold an AI-created artwork for $432,000. AI is also being used in music production, with a new industry being built around the use of AI in music. The musician Taryn Southern has used an artificial intelligence platform called Amper to create an entire album, called I AM AI. The album was the first LP to be entirely composed and produced using AI. A patented AI system called "DABUS", created by Dr Stephen Thaler, can devise and develop new ideas.

ARMONK, N.Y. - 09 Jan 2017: IBM (NYSE: IBM) today announced that it broke the U.S. patent record with 8,088 patents granted to its inventors in 2016, marking the 24th consecutive year of innovation leadership. IBM's 2016 patent output covers a diverse range of inventions in artificial intelligence and cognitive computing, cognitive health, cloud, cybersecurity and other strategic growth areas for the company. "Leading the world in innovation for 24 years in a row is a result of IBM's unmatched commitment to innovation and R&D–reflected in this year's new U.S. patent record, breaking the 8,000 barrier for the first time," said Ginni Rometty, IBM's chairman, president and CEO. "We are deeply proud of our inventors' unique contributions to discovery, science and technology that are driving progress across business and society and opening the new era of cognitive business." More than 8,500 IBM inventors residing in 47 states and territories and 47 countries are responsible for IBM's record-setting 2016 patent tally.