Opera previously launched an unlimited VPN service for iOS earlier this year as a result of its 2015 acquisition of SurfEasy, and now it's doing the same for Android users. Opera VPN will let you appear as if you're in a different country such as the US, Canada, Singapore, Germany and the Netherlands in addition to allowing you to block ad trackers. You can effectively bypass content restricted by location with the VPN, and without a data limit you can use it as much as you want. If you're not well-versed in VPNs, the app automatically handles setting Android VPN settings for you and will also check the security and integrity of your current Wi-Fi connection. This feature may slow down your internet speed while you're using it, as TechCrunch attests, but not so much that it's too problematic to use while surfing.

Google hit with €4.3 billion fine by EU and told to alter Android model 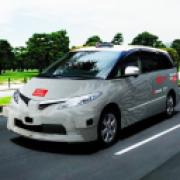 BRUSSELS – Google was fined €4.3 billion ($5 billion) by the European Union and ordered to change the way it puts search and web browser apps on Android mobile devices, setting a global record for antitrust penalties. The penalty -- the same amount the Netherlands contributes to the EU budget every year -- is far higher than any other dished out by U.S., Chinese or other antitrust authorities. More significantly, Google was given 90 days to stop what the EU said were "illegal practices" on contracts with handset manufacturers that push Google services in front of users. "Google has used Android as a vehicle to cement the dominance of its search engine," EU Competition Commissioner Margrethe Vestager said in an emailed statement. "These practices have denied rivals the chance to innovate and compete on the merits."

Google has already announced that it is terminating Play Services support for both Gingerbread and Honeycomb soon. The Mountain View giant confirmed that the release of version 10.2.0 of Google Play in early 2017 will mark the end of support for both operating systems. On the Android Developers Blog, developer advocate Doug Stevenson said that version 10.0.0 of Google Play will be the last one to support Android API level 9 or Android 2.3 Gingerbread. Explaining why this is so, Stevenson said that the Gingerbread platform is already dated for being in existence for nearly six years now. Furthermore, because it is quite old in terms of technology age, many Android developers have since discontinued support for it in their apps.

The foundation is being laid for a pair of features that will greatly improve the Android experience. According to a teardown of Google Play Services, Android Police discovered that the ability to use Android Pay with your Android Wear watch and a promised instant apps feature may be coming soon. Paying with Android Wear would catch Google up to both Apple and Samsung, which already offer this capability in their respective wearable platforms. The report notes that the code strings include a reference to "wear" and "tp," with the latter typically used as a reference for tap-to-pay. Additionally, the code is filled with a tutorial for how to use the feature.

Google may finally be ready to bring tap-to-pay to Android Wear, judging by evidence discovered in the Google Play Services version 10.0 by Android Police. Text prompt strings with messages like "Try holding your watch to the terminal again" make it fairly clear that Google is in the late stages of testing the feature. If you have a compatible Android Wear watch (one with an NFC chip), it will let you touch your watch to an NFC-equipped retail terminal to pay for goods. Another new feature that appears to be coming soon is Instant Apps, a way to get apps (for one-time use or other reasons) without actually installing them. Android Police notes that the Instant App services have been switched on and a flag set from false to true, meaning the feature is likely being tested in the wild.